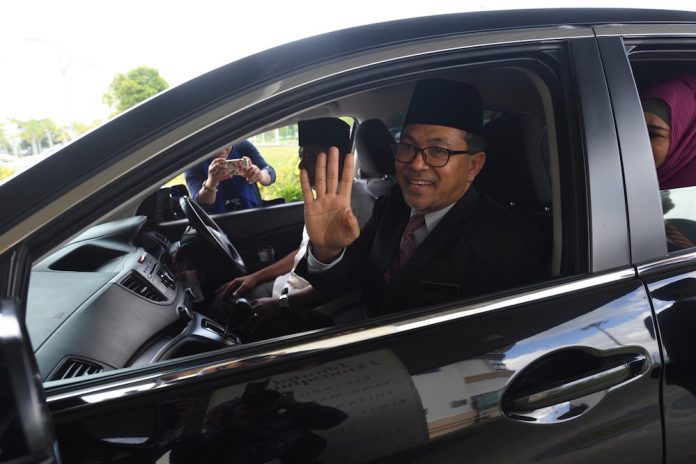 KANGAR, Dec 8 — The Perlis state government has drawn up a comprehensive Budget 2021 to ease the burden of the people in facing the Covid-19 pandemic and ensuring the economy continues to expand to benefit all.

Mentri Besar Datuk Seri Azlan Man said the three main foci of the budget to meet the two objectives were reviving the economy and the quality of life of the people, empowering the service delivery and developing a sustainable economy.

He said this when tabling the Perlis Budget 2021 at the State Assembly here.

He said in the effort to revive the economy and the quality of life to face the post Covid-19 era, several holistic and practical strategies had been drawn up to boost back the socio-economic level of the people.

Azlan said RM3.12 million had been allocated in the effort to spur the services sector by building the Grilled Fish Square at the Sea Food Complex (KOMALAUT), Brasmana Foodtruck & Flea Market (BFF), both di Kuala Perlis, and the Mobile Food Kiosk at the Urban Transformation Centre (UTC), here.

He said the state government was aware and very concerned at the difficulty of the people who had lost their source of income due to Covid-19.

As such, he said that in line with Section 8, Traders’ By-Law of the Kangar Municipal Council (MPK) 1992, the state government would introduce ‘Free Trading’ in Perlis effective Jan 1, 2021.

Azlan said the role of the civil service was now increasingly challenging and complex and the service delivery canvas was ever-changing in the light of increasing public demands and aspirations.

He said the State Secretary’s Office in Perlis was always proactive in planning programmes to boost the skills of civil servants.

Azlan said the state government had decided to provide a RM800 special financial assistance to all civil servants in the state in the light of their tireless effort which surpassed expectations to protect the people, helping businesses and strengthening the economy.

Meanwhile, he said state government pensioners would receive RM400 while reappointed pensioners will be given an additional RM500 for their deeds,” he said.

Azlan said the state government was also committed in ensuring the implementations of projects and investments in Perlis proceeded smoothly.

“Until to date, 23 projects are being closely monitored. Next year is the implementation and continuation of mega projects in Perlis such as the federal government funded RM724 million Chuping Valley Industrial Area

“Meanwhile, the RM1.8 billion Perlis Inland Port (PIP) by Mutiara Infra Sdn Bhd on a 202.34-hectare (500 acres) site in Padang Besar has been been given a conditional approval for Planning Permission,” he said.

Azlan said the state government allocated RM3.10 million next year to treat the tourism sector which was the worst affected by Covid-19.

He said the state government would use the allocation to implement sports and tourism events, promoting the tourism sector and sprucing up tourism products in areas of tourist focuses.

“The Perlis Budget 2021 is for the people. We are present here as representatives of the people and to give the best to them.

“In this spirit let us strive shoulder-to-shoulder to make the agenda for the people successful under the theme ‘Boosting Effectiveness, Spurring Development, Championing Welfare for Harmony’, ”he added. — Bernama