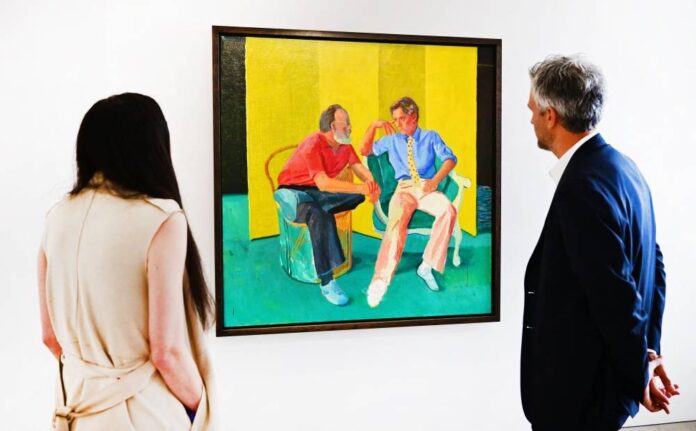 NEW YORK, Nov 10 — Paintings and sculptures from the collection of late Microsoft co-founder Paul Allen were auctioned off for a historic US$1 billion (RM4.7 billion) Wednesday, Christie’s auction house said, with records set for works by Van Gogh, Cezanne, Gauguin, Seurat and Klimt.

At the end of the night Wednesday, five paintings entered the exclusive club of works of art sold for more than US$100 million at auction, the New York auction house said.

The most expensive piece of art of the evening, Georges Seurat’s 1888 work “Les Poseuses, Ensemble (small version)”, a renowned work of pointillism, fetched US$149.24 million, including fees, Christie’s said.

The auction house had announced that all the proceeds would be donated to charity.

While only 60 of 150 lots were sold on Wednesday, with the rest to be auctioned off Thursday, the value of the collection has already surpassed the previous record for the Macklowe collection, named after a wealthy New York couple, which fetched US$922 million at competitor Sotheby’s earlier this spring.

The two-day sale in New York came as experts say the super wealthy are viewing art as a safe investment this year amid a tumultuous global economy and Russia’s war in Ukraine.

Allen made his fortune with the establishment of the PC operating system with his better-known Microsoft co-founder Bill Gates in 1975.

He amassed a huge art collection which he used to lend to museums before his death in 2018 at the age of 65.

Allen left Microsoft in 1983, due to health problems and a deteriorating relationship with Gates, who remained in charge of the company until 2000.

Despite their strained friendship, Allen signed Gates’s “Giving Pledge” campaign and all proceeds from the auction are to be donated to charitable causes.

A work by Vincent Van Gogh, “Orchard with Cypresses,” broke the Dutch artist’s previous record, bringing in US$117.2 million.

Another 95 works from Allen’s collection go on sale Thursday. — AFP