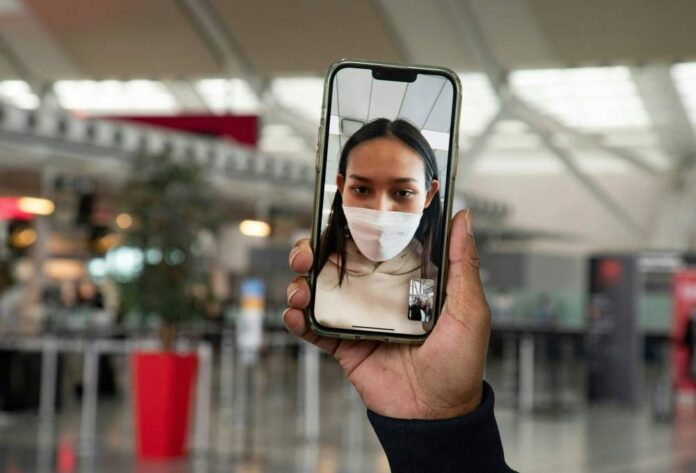 Myanmar beauty queen Han Lay speaks by video call during her arrival at Toronto Pearson International Airport while she waits for a connecting flight to Charlottetown in Toronto, September 28, 2022. — AFP pic

TORONTO, Sept 29 — A Myanmar beauty queen who spoke out against the military coup in her homeland landed Wednesday in Canada, where she has been granted asylum after being stranded at an airport in Thailand for nearly a week.

“She’s now waiting for a (connecting) flight to Charlottetown” in eastern Canada, where she plans to settle and continue her activism against the coup that ousted Myanmar’s civilian government led by Aung San Suu Kyi, he said.

Tin Maung Htoo also confirmed that her claim for political asylum in Canada had been accepted.

The beauty queen had been held at Bangkok’s main international airport since last Thursday after arriving on a flight from Vietnam, over what Thai immigration officials said was a problem with her passport. She’d been living in Thailand since fleeing Myanmar last year.

In a post on her verified Facebook page, Han Lay said she feared the Myanmar police would come and get her at the airport, and reached out to the UN refugee agency.

Human Rights Watch’s Phil Robertson accused Myanmar’s rulers of using passports “as a weapon against their own people” and of having laid “a trap to try to force Han Lay to return to Myanmar, where she would have faced immediate arrest, likely abuse in detention, and imprisonment.”

He called it “a deliberate political act by the junta to make her stateless.”

Han Lay made headlines in March 2021 when she urged the world to “save” the people of Myanmar from the military, which had seized power a month earlier.

While in Bangkok competing in the Miss Grand International contest, the former psychology student spoke out against the coup.

“I want to say from here to the world: Please support the Myanmar people,” she told Thailand’s Khaosod English news outlet.

“So many people die in Myanmar by the guns of the military… Please save us.”

Myanmar has been in chaos since the coup, with the junta struggling to quell resistance to its rule.

More than 15,000 people have been detained in a military crackdown on dissent that has also left more than 2,300 civilians dead, according to a local monitoring group. — AFP