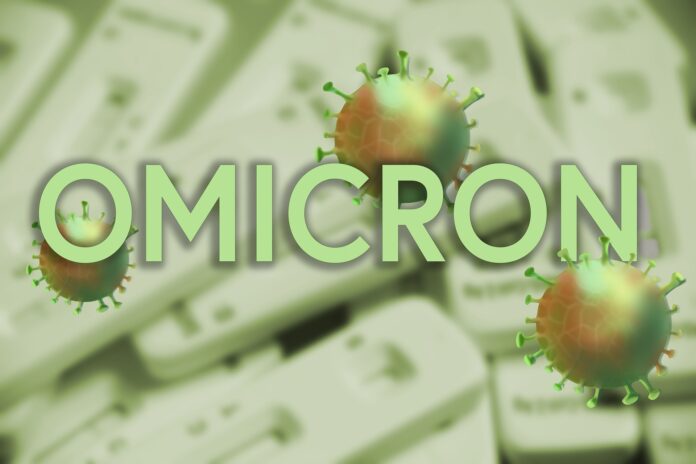 Scientific data found Omicron differs from other strains as it causes milder symptoms and lower mortality rates.- Photo from Pixabay

JOHANNESBURG (Jan 14): The Omicron variant of coronavirus can help build herd immunity in societies due to its high transmissibility, South African virologists said on Thursday.

With milder symptoms and lower mortality rates, Omicron differs from other strains, according to scientific data gathered over 50 days period after the variant was detected in South Africa and Botswana.

Gert van Zyl, a professor at the Department of Medical Virology of Stellenbosch University, told Anadolu Agency that Omicron was less deadly than other variants as it caused milder symptoms.

Due to its high transmissibility, it could help build herd immunity as it is has been observed in people who previously recovered from the coronavirus, as well as those who had been vaccinated, it quoted van Zyl as saying.

Noting that herd immunity would also affect the course of the pandemic, he said Omicron provided a relatively high immunity against other variants, such as Delta.

Though it is “unrealistic” to think that Omicron will be the last variant to emerge in the pandemic, it can turn into an “endemic pattern”, he stated.

A disease is considered endemic when it is regularly found among particular populations or in a certain geographic area.

Underlining that the virus will continue to spread in the long term, he highlighted the importance of protecting “high-risk individuals” such as the elderly population.

On travel restrictions, he said the initial responses and lockdowns were for protecting countries’ health services.

“We should focus on what is achievable and save lives,” he said, warning not to use “old tools for a new problem as things are changing”.

Anadolu Agency also reported that Vicky Lynne Baillie, a scientist at the Vaccines and Infectious Diseases Analytics (VIDA) Research Unit of the University of the Witwatersrand, said Omicron was not a “South African variant” and that it has been found almost all over the world.

“It is incredibly transmissible and so many people are becoming infected … We should reach herd immunity,” Baillie said, warning that this variant could have serious consequences in people who have not been inoculated before.

Noting that this was “the worst variant” to emerge, she said all progress could be lost if another variant emerges.

On restrictions, she said they were “not going to make any difference” as it is very difficult to lock countries down, it added.

Since December 2019, the pandemic has claimed over 5.51 million lives in at least 192 countries and regions, with more than 318.7 million cases reported worldwide, according to the US’ Johns Hopkins University. — Bernama