Neymar swept up in Brazil vote battle after video for Bolsonaro 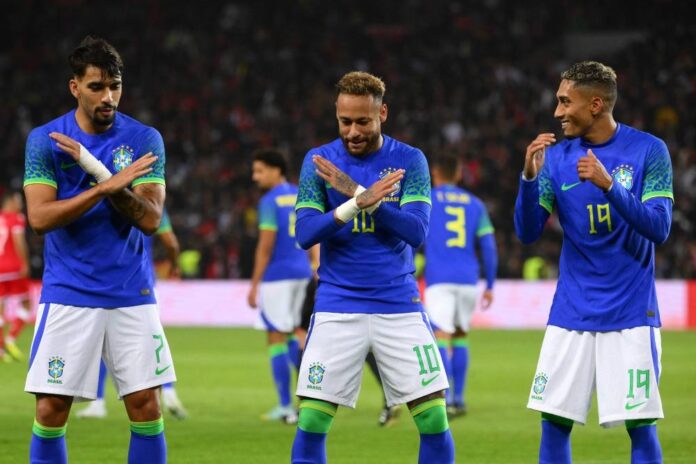 The Paris Saint-Germain and Brazil striker did not get into politics in the brief message to Bolsonaro, posted four days out from Sunday’s voting.

But that did not stop Bolsonaro’s camp from playing up the video from one of the country’s biggest stars as the far-right incumbent seeks a come-from-behind win against leftist ex-president Luiz Inacio Lula da Silva (2003-2010), who leads in the polls.

“Hello, President Bolsonaro… I wanted to thank you for your illustrious visit,” Neymar, 30, said on Instagram.

“I would have loved to be there with you, but unfortunately I’m too far away… I hope you enjoyed your visit to the institute, which is the greatest goal of my life.”

The message came after ex-army captain Bolsonaro visited the Neymar Jr. Institute, a charitable foundation the football star founded in 2014 that runs educational, cultural and sports programs for 3,000 underprivileged children in the southeastern city of Praia Grande, where Neymar grew up.

Bolsonaro backers have adopted the yellow-and-green jersey of Brazil’s national team as a symbol of support for the president, along with the Brazilian flag.

“Let’s all go yellow and green with the national team’s jersey to vote for our captain Sunday!” Faria tweeted. — AFP