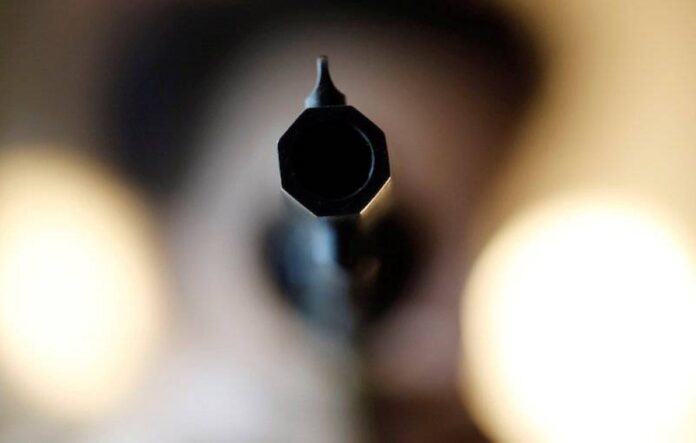 Gun rights enshrined in the constitution are embraced by many Americans, with Republicans more likely than Democrats to criticise attempts to limit ownership as undermining citizens’ ability to protect themselves. – Reuters pic

NEW YORK, June 24 – After their state restrictions on carrying concealed handguns were struck down by the US Supreme Court yesterday, top officials in New York and California said they were working to limit what they see as damage to their efforts to reduce gun violence.

New York Governor Kathy Hochul, a Democrat who called the ruling “very disturbing,” said her state had been prepared for it and will pursue conforming gun-licensing policies, including measures defining “sensitive places” where guns would be barred.

Democratic leaders in California, the most populous state, had readied legislation in anticipation of the decision and said they would now rush through the most restrictive rules allowed under the Supreme Court’s ruling.

Gun rights enshrined in the constitution are embraced by many Americans, with Republicans more likely than Democrats to criticise attempts to limit ownership as undermining citizens’ ability to protect themselves.

New York City Mayor Eric Adams, a Democrat and former police captain, predicted that more disputes would boil over into violence once it becomes easier to carry a gun around the city of more than 8 million people, the country’s most populous.

“This decision has made every single one of us less safe from gun violence,” Adams said at a news conference. “The decision ignores the shocking crisis of gun violence every day engulfing not only New York but engulfing our entire country.”

So far this year, 693 people have been shot in his city, according to official statistics that include both fatal and non-fatal shootings, down about 9 per cent from the 765 in the same period last year.

Recurrent mass shootings in the United States include one on May 14 at a grocery store in Buffalo, New York, where 10 Black people were killed by an avowed white supremacist. He was charged with murder and domestic terrorism motivated by hate.

The Supreme Court for the first time ruled that the US Constitution’s Second Amendment, which protects the right to “keep and bear Arms” and was ratified in 1791, secured an individual right to carry weapons in public for self-defence.

The court’s conservative majority ruled that New York state’s system for issuing concealed-carry permits only to people who could prove they had “proper cause” was unconstitutional.

In California, where a law had required permit-seekers to show “good cause,” state Attorney General Rob Bonta said he recognised that provision was no longer constitutional.

But “the court did not disturb California’s longstanding efforts to prevent dangerous individuals from attaining these permits,” Bonta said.

He said legislation filed in anticipation of the ruling will now be edited to closely hew to the Supreme Courts’ guidance on who could be denied a concealed carry permit and where concealed weapons could be banned, such as schools, courthouses and polling places.

Californians also are proposing making “an assessment of dangerousness” part of the review of applicants for concealed carry permits.

“The assessment is going to be robust, including looking at arrests, convictions, restraining orders, and other publicly available information that might suggest that a person poses a danger to themselves or to others,” Bonta said.

Bonta said California’s restrictive gun laws were working, citing US government data on gun death rates putting the state 44th lowest among the 50 states. California’s gun death rate was 8.5 per 100,000 people – compared to 13.7 deaths per 100,000 nationally and 28.6 in Mississippi, the highest for any state.

New York and California are among the six states and the District of Columbia with laws affected by the ruling.

Tom King, president of the New York State Rifle and Pistol Association, one of the plaintiffs in the Supreme Court case, said he would legally challenge any such ban on transit.

“I didn’t see anything in the Supreme Court decision that you can carry concealed everywhere except on the subway,” he said.

Hochul proposed changes to the state’s permitting process that would create a “higher threshold” for concealed-carry permits and require firearms training. She said she wants guns to be barred on the premises of private businesses unless the business owner explicitly decides otherwise.

Her office said that as of yesterday New Yorkers still needed to apply for a concealed-carry licence, but more will likely be granted because an applicant no longer must provide a specific justification for wanting a gun for self-defence.

New York City public defenders groups had supported gun-rights plaintiffs in the case, saying they represented clients, particularly Black and Latino New Yorkers, who were otherwise law-abiding but had faced prosecution for getting a gun for self-defence or were unfairly denied a licence. – Reuters