HomeNationalMuda No. 2 says no question of party's sincerity as doubts linger...
National

Muda No. 2 says no question of party’s sincerity as doubts linger in Pakatan over GE15 electoral pact 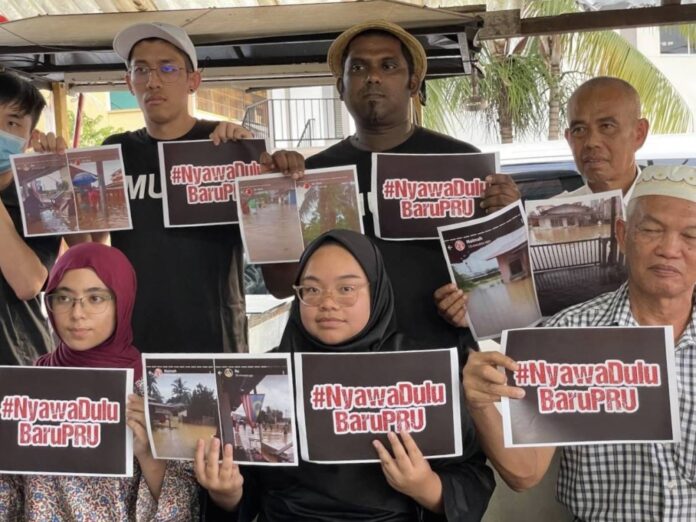 Muda deputy president Amira Aisya Abd Aziz (front, centre) said she understood why some might have misgivings about the party’s intentions to be part of Pakatan Harapan for GE15. — Picture from Facebook

JOHOR BARU, Sept 22 — The Malaysian United Democratic Alliance’s (Muda) hopes to be a part of Pakatan Harapan (PH) for the 15th general election (GE15) are nothing but sincere, said its deputy president Amira Aisya Abd Aziz.

She said the multi-racial and youth-centric party has no issues with PH and is prepared to engage with anyone to explain and resolve misgivings about Muda.

“We are open and willing to meet at the negotiation table. At the same time, we are also prepared to answer questions to resolve any doubts that might persist.

“I understand the uncertainties involved. When any new party wishes to be part of an established coalition, such doubts are bound to exist,” said Amira Aisya to reporters during a press conference in Kampung Kangar Tebrau here late yesterday.

She was responding to recent criticisms from several PKR leaders who said they were wary of Muda joining PH for GE15.

Earlier, the Puteri Wangsa assemblyman spoke about the dangers of holding national polls during the year-end monsoon period, as part of the #NyawaDuluBaruPRU (life comes before a general election) campaign.

Amira Aisya, who has been actively involved in several PH events, explained that Muda’s aspirations to be with PH are not new.

She pointed out that since the start of Muda’s registration process in September 2020, the party has tied up with PH in various capacities.

“For example, we have voiced the people’s issues together with PH. Muda president Syed Saddiq Syed Abdul Rahman is known to be with PH on the Opposition bloc when making decisions in Parliament,” she said.

Amira Aisya reiterated that Muda would continue its cooperation with PH, especially for GE15, despite the party not being officially regarded as part of the coalition.

Yesterday, it was reported that the PH Presidential Council has set up a committee to hold talks with Muda and Parti Sosialis Malaysia (PSM) on forging an electoral pact for GE15.

The council, in a statement, said the decision was made during a meeting that discussed Muda’s application to join the coalition and PSM’s expression of interest in officially working with it.