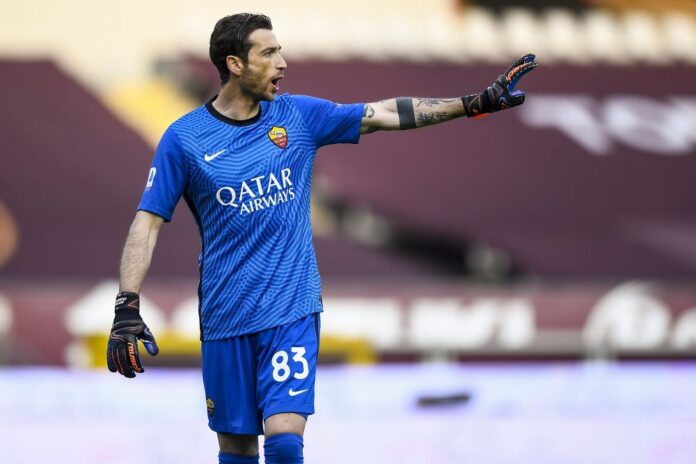 Antonio Mirante of AS Roma gestures during the Serie A football match between Torino FC and AS Roma April 18, 2021. — Reuters pic

ROME, Oct 14 — AC Milan have signed goalkeeper Antonio Mirante on a free transfer after Mike Maignan was ruled out for 10 weeks following a wrist operation, the Serie A club said on Wednesday.

Maignan was an unused substitute as France beat Belgium and Spain to win the Uefa Nations League last week, but required surgery on his return to Italy.

The 38-year-old Mirante has signed a deal until the end of the season to provide cover.

A free agent after leaving AS Roma at the end of last season, he has vast Italian top-flight experience with 368 appearances for Roma, Bologna, Parma, Sampdoria and Siena.

Maignan is unlikely to play again until after the Serie A winter break in January.

“AC Milan can confirm that Mike Maignan underwent an arthroscopic exam today that identified an injury to a ligament in his left wrist, which was repaired,” Milan said on their website.

“The operation was a perfect success. He will rest for six weeks before beginning the rehabilitation process. Maignan is expected to be out of action for 10 weeks.”

Maignan has impressed since arriving from Lille on a five-year deal in May, playing every minute of Milan’s Serie A and Champions League campaigns.

His absence is a blow for coach Stefano Pioli, as his goalkeeper will miss a key run of games including the Rossoneri’s four remaining Champions League group matches and league clashes with AS Roma and Inter Milan. — Reuters