HomeTechnologyMicrosoft calls Windows 11 the 'most loved Windows ever' as it gets...
Technology 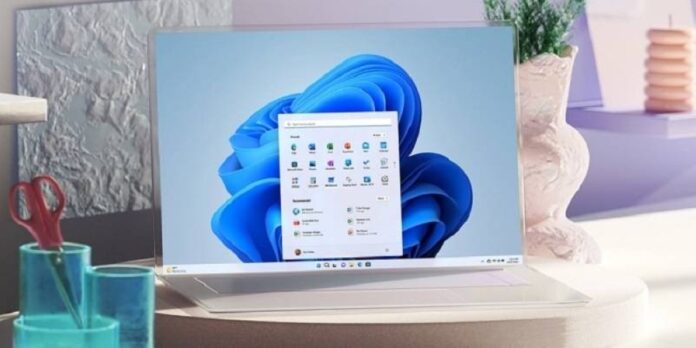 Now as we approach its first full year of availability, Microsoft has announced the first major update to Windows 11, bringing new features and tweaks to the operating system. – SoyaCincau pic

KUALA LUMPUR, Sept 23 – While Windows 11 was first revealed to the world back in June last year, it took until October for users to be able to fully download and use the new operating system. Now as we approach its first full year of availability, Microsoft has announced the first major update to Windows 11, bringing new features and tweaks to the operating system.

According to Panos Panay, Microsoft’s Chief Product Officer of Windows and Devices, this new update, dubbed the Windows 11 2022 Update, has already rolled out to users across over 190 countries. Panay says that this update is focused on improving Windows 11 in four specific areas, namely making the PC easier and safer to use, empowering users to be more productive, making Windows the best place to connect create and play, as well as adding better security, management and flexibility to the workplace. Panay also says that more people are using Windows than before, and that Windows 11 is the ‘most used and most loved version of Windows ever’.

With the Windows 11 2022 Update, there will be updates to the Start menu, improved search functionality, more local and current events coverage in the Widgets section, and tabs in the File Explorer — no more having five different windows of File Explorer open when sorting out your documents. Furthermore, Panay says that almost one in five users take advantage of the accessibility features on their computer, and so with the Windows 11 2022 Update, Microsoft is bringing in more accessibility features which include system wide live captions, voice access to control and navigate as well as Natural Voices for Narrator, a tool to mirror natural speech better for a ‘more pleasant-sounding audio’ when reading.

On top of that, there’s also a new Smart App control feature to improve your system’s security, allowing you to confidently download anything without worrying. This builds upon the earlier cross-platform Microsoft Defender app that they released back in June, which offered a simple online security tool across the various devices you may be using, and control it all via one dashboard.

Windows 11 brought the Snap layout tool, which is perhaps my favourite and most used Windows 11 feature yet. It basically lets you multitask easier than ever before, and now Microsoft is adding improved touch navigation and the ability to snap multiple browser tabs together, though only when using Microsoft Edge. Another productivity-focused improvement to Windows 11 is a new Focus session feature. You can turn it on and then the system will automatically turn on Do Not Disturb mode, silencing notifications and turning off taskbar badges. When in a Focus session, the Clock app will also launch a timer to help you focus and remind you to take a break.

Other cool new features include Clipchamp, a new built-in video editor with simple features and tools, as well as improvements to Auto HDR and Variable Refresh Rate so that it’ll work when gaming in windowed mode. Also, the Amazon Appstore Preview that allows Android Apps to run on Windows 11 will now be expanded to international regions. The Photos app also will be revamped, with Microsoft introducing a new photo-managing experience, along with easy backup to OneDrive.