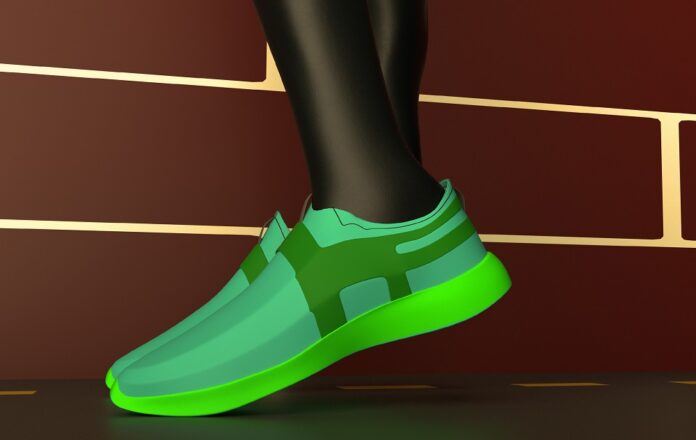 From sneakers sketched in the virtual world but produced in the real one, to designers who preview clothes on avatars before making them — the barrier between digital and tangible is thinning. — Shutterstock pic via ETX Studio

NEW YORK, Jan 17 — Online platforms that are precursors of the metaverse vision for the internet’s future are already serving as workrooms to develop products destined for real-life sale.

From sneakers sketched in the virtual world but produced in the real one, to designers who preview clothes on avatars before making them — the barrier between digital and tangible is thinning.

Online is “a place of openness to test things virtually and recreate an extremely precise connection with the real-life experience,” he added.

The clamour over virtual goods comes amid feverish predictions that the metaverse — a virtual reality version of the internet — will eventually replace the web of today.

In recent months, a growing number of brands have been trying to establish a presence on buzzed-about platforms from Roblox to Fortnite, for fear of missing a major tech and societal shift.

How users interact with online goods — what they flock to and what they ignore — offers a relatively low-risk and low-cost opportunity for firms to develop products.

This is part of an underlying trend of exploiting data collected online “to develop better collections, to do better forecasting” said Achim Berg, partner at McKinsey & Company consulting.

The coronavirus pandemic has helped shrink the distance between virtual and real by pushing many designers to create in three dimensions, for lack of being able to meet physically, the consultant added.

At the end of February 2021, RTFKT studio, together with Seattle artist FEWOCiOUS, launched a limited edition of 621 pairs of virtual sneakers via their NFT — digital items that can be bought and sold using blockchain technology.

One aspect of the operation was to match each digital pair sold that day with tangible shoes, which each buyer could pick up six weeks later.

“We think that emotional bond to physical objects is still important and can increase the attachment” to digital products, Benoit Pagotto, one of the founders of RTFKT, which was acquired by giant Nike in December, told The Wall Street Journal.

The Aglet app, which mixes virtual sneakers and augmented reality, has created its Telga shoes, similarly to heavyweights Adidas or Reebok.

Now it plans to make real sneakers, said the company’s CEO Ryan David Mullins, who noted the first batch of 500 has already been sold before production even began.

“Once you can quantify the demand within these platforms, it makes it much easier to build the channel into the physical world to manufacture them,” he added.

Aglet noted the firm is starting to work with younger designers, for whom the cost of entry to building their own physical brand can be a little bit too steep.

“But starting to design it virtually is much easier,” he said.

Another variation of the growth online, is the high-end fashion platform Farfetch, which in August launched a formula that allows people to pre-order Balenciaga, Off-White or Dolce & Gabbana items that are only digital.

The site has collaborated with the studio DressX, which designs virtual clothes, to achieve a rendering that is as convincing as possible.

The pieces are then manufactured in the workshop only according to the pre-orders, a set-up that is especially attractive for high-end brands rather than for ready-to-wear behemoths.

That way of working can also help avoid overproduction and unsold goods, which have become a concern for the environmental costs associated with them.

Not all, however, are convinced by the vision of making the digital into the tangible.

“Digital pieces can be worn, collected and traded in the metaverse so there’s no need for physical counterparts,” said The Fabricant, a virtual fashion house.

The Dutch company still sees the permeability between the two worlds as a good thing when people choose “to bring the aesthetic of the virtual world into their physical lives.”

“In the end, it’s about desirability,” said Berg, the consultant. “If it is desirable in that (virtual) space, why wouldn’t it be desirable in another space?” — AFP