McIlroy calls for unity in men’s golf after ‘ugly year’ 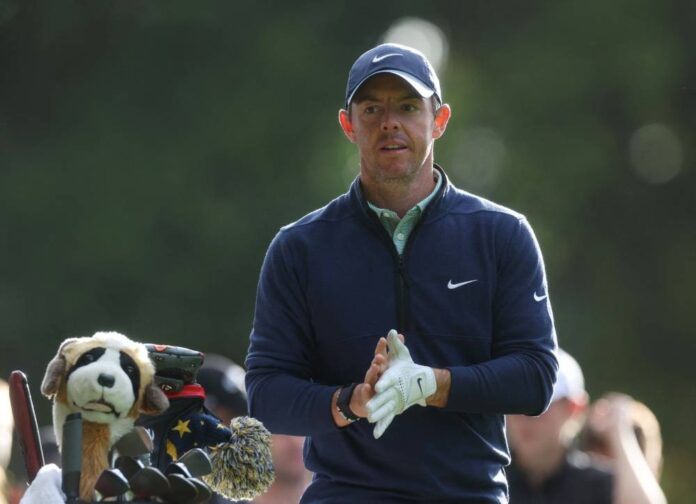 Rory McIlroy is pictured during the BMW PGA Championship at the Wentworth Golf Club in Britain September 7, 2022. — Reuters pic

LONDON, Sept 29 — Rory McIlroy believes it is still possible for men’s professional golf to become “cohesive again” after an “ugly year” beset by bitter rows between the established US and European tours and the insurgent LIV Series.

The Saudi-backed LIV has caused turmoil since its June debut, with record purses and financial guarantees luring several top players away from the US PGA Tour.

The PGA Tour gave them indefinite bans, with LIV and some of the players involved filing an anti-trust lawsuit in response.

McIlroy, the world number two, has been severely critical of LIV’s impact on golf.

But the Northern Irishman, a four-time major winner, believes a way out of the current impasse is possible.

“Right now with two lawsuits going on, and how heightened the rhetoric has been, I think we just need to let it cool off a little bit,” the 33-year-old told the BBC at St Andrews on Wednesday ahead of this week’s Alfred Dunhill Links Championship.

“It has been an ugly year but there is a solution to everything. If we can send rockets to the moon and bring them back again and have them land on their own I’m sure we can figure out how to make professional golf cohesive again.”

This week will see McIlroy’s first appearance on the Old Course at St Andrews since July, when he narrowly missed out on winning the British Open.

McIlroy shared the lead with Viktor Hovland heading into the final round but, despite shooting 70, the 2014 British Open champion was unable to lift the Claret Jug again with Australia’s Cameron Smith coming from four strokes behind to triumph.

Despite that disappointment, McIlroy responded by winning the Tour Championship and the FedEx Cup play-off series.

“I feel like time and time again, I’ve been able to bounce back from some adversity,” said McIlroy, who has also finished second and fourth on his last two DP World (European) Tour appearances.

Unlike most golf tournaments, which are played on just the one course, the Dunhill Links features rounds at the nearby venues of Kingsbarns and Carnoustie as well as two at St Andrews, while its pro-am format will see McIlroy partnered by his father. — AFP

Facebook
Twitter
Pinterest
WhatsApp
Previous articleReport: LIV Golf set to pay for US television coverage
Next articleFarah forced to pull out of London marathon due to injury