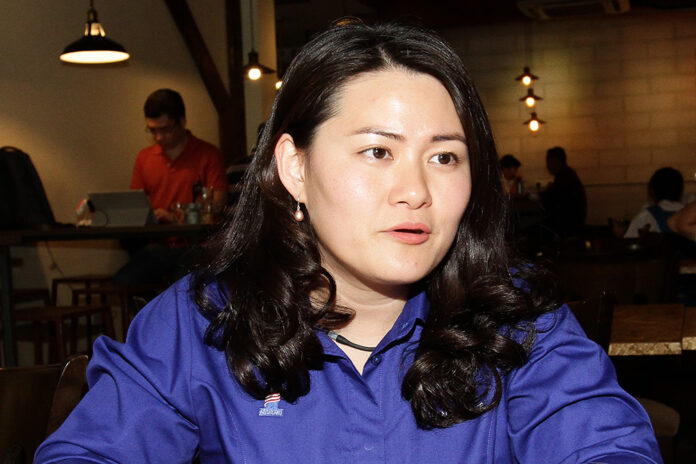 In a statement, MCA spokesman Chan Quin Er said that the demeanour shown by the two Islamist party leaders was an attempt to silence the media. — Picture by Miera Zulyana

KUALA LUMPUR, Nov 15 — An MCA representative today took a PAS Cabinet member and his deputy to task over their apparent hostility towards a journalist who had attempted to seek their comments over the PAS-led Kedah government’s move to ban gambling statewide.

In a statement, MCA spokesman Chan Quin Er said that the demeanour shown by the two Islamist party leaders was an attempt to silence the media.

“It is regrettable that two PAS leaders; PAS vice-president Idris Ahmad, a Senator who is a full Cabinet minister and Datuk Awang Hashim, deputy minister of human resources, had deflected the questions and gotten personal by verbally assaulting Free Malaysia Today reporter Minderjeet Kaur, after she posed questions on the Kedah state government’s decision to ban licenced gaming outlets in the northern state.

“The verbal rebuke against Minderjeet is an assault against the media, the aspiration of delivering information with transparency, and against all media personnel,” Chan said.

She reminded the duo that the media is the fourth pillar of democracy after the Legislature, Executive and Judiciary, which serves as a check-and-balance agent, and that it is up to readers to make informed opinions and decisions on any news article, postings or commentaries.

“Politicians need not feel threatened or vexed by questions posed by reporters. In this case, Minderjeet was raising concerns about the licenced gambling ban being extended to other states,” Chan added.

She also advised both PAS leaders to emulate PAS deputy president and Environment Minister Datuk Seri Tuan Ibrahim Tuan Man who called for a stop to all personal and racist attacks against Malaysiakini reporter Kow Gah Chie, following an article she wrote about him reportedly defending logging activities in Kelantan.

Chan added that praise and respect are earned by addressing issues raised by journalists and treating one another with respect.

“Dodging inquiries by a reporter with personal attacks and creating unrelated topics reflect poorly on oneself’s and the state government’s policy in question. A responsible politician, particularly one who is a deputy minister of human resources who should be people-and-labour issues oriented as what his portfolio represents, would not stoop to insulting a reporter who is only doing her job, earning an honest living,” she added.

Minderjeet was met with a defensive demeanour by the duo after questioning them about the PAS-led Kedah state government’s recent decision to not renew the licences of numbers forecast operators in the state.

The two PAS leaders reportedly verbally harassed her, after she had asked how the Islamist party’s policies were affecting non-Muslims in Kedah.

Minderjeet had attempted to question the duo after the launch of Perikatan Nasional’s (PN) manifesto in Glenmarie, Shah Alam.

In an article, which reported the session verbatim, FMT reported Awang as telling Minderjeet to speak in Malay while badgering her about her nationality. The duo then brushed her off and left without answering her question.