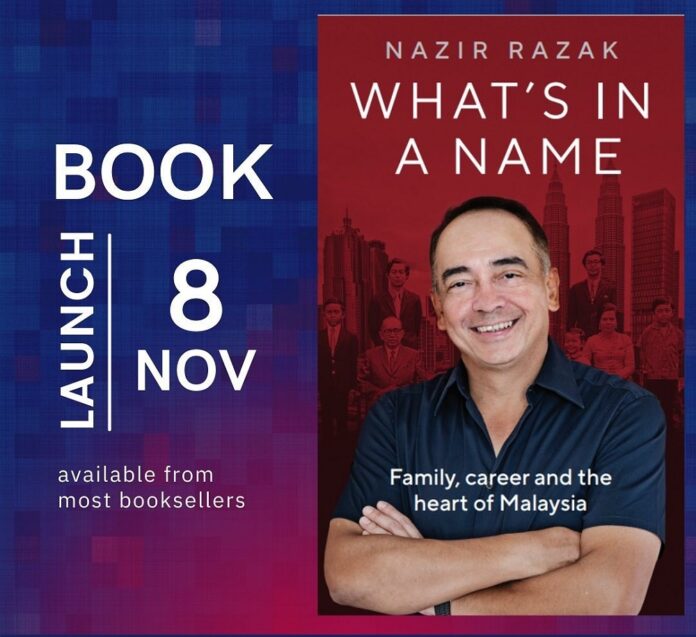 Nazir’s book can be ordered online via his official website. – Picture via Instagram/nazir.razak

In What’s in a Name, Nazir narrates his childhood days, honouring the legacy of his late father Tun Abdul Razak as well as being the brother of former prime minister Datuk Seri Najib Razak known for the 1MDB scandal.

“It’s not quite an autobiography.

“More of a book of reflections about what I’ve witnessed, the key events that defined me and my life, and how I rationalised all of it,” he said on his Instagram account.

On his official website, Nazir wrote that the memoirs will take readers to the often troubled centre of Malaysian politics and business over the last fifty years including the drama of family loyalty.

The book is endorsed by historian and director of Middle East Centre at Oxford University Professor Eugene Rogan and former Singaporean diplomat and academic Kishore Mahbubani.

“Not just a book for bankers, this is essential reading for anyone interested in the modern history of Malaysia. An outstanding book,” wrote Rogan.

Lim who raised the book said that he could not put down the book and recommended it.

What’s in a Name will officially be launched on November 8 and will be available from most booksellers.

Anyone keen on getting a copy of the memoir can pre-order here.