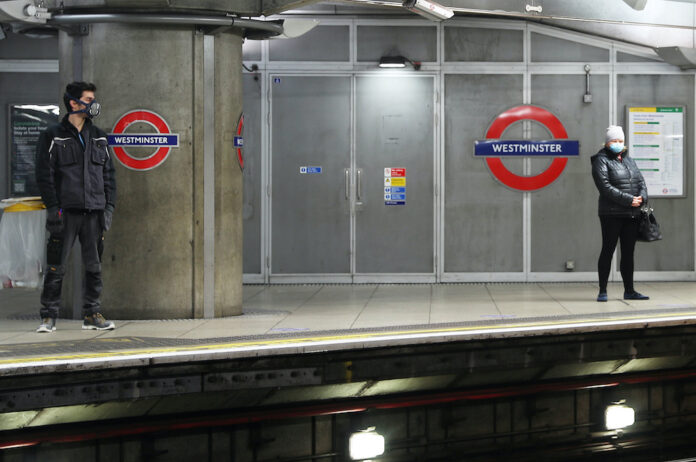 LONDON, Nov 25 — London’s underground network will face “severe disruption” tomorrow as drivers strike over the resumption of overnight services shut by the pandemic.

Through-the-night weekend services, known as the night Tube, are due to operate for the first time since March 2020.

“Tube customers have been advised that the RMT’s planned strike action will cause severe disruption on five lines all day tomorrow if it goes ahead,” said a statement from the capital’s transport authority Transport for London (TfL).

Members of the RMT transport trade union are staging a 24-hour walkout from 0430 GMT in protest at new working arrangements.

This will affect London’s five night-time Tube lines–Central, Jubilee, Northern, Piccadilly and Victoria–which run until the early hours of Sunday.

A further five similar strikes, across about half of the London Underground network, are planned up until the week before Christmas.

While recent TfL data showed weekday Tube demand was running at about 55 percent of pre-pandemic levels, this has climbed as high as 80 percent at weekends.

The restoration of the night Tube has been a key demand of women’s safety campaigners, after a British police officer was jailed last month for murder.

Sarah Everard was killed in March by Wayne Cousins, who used his police ID card to arrest the 33-year-old as she walked to her London home. — AFP