HomeSportsLiverpool boss Klopp not a fan of Atletico style despite respect for...
Sports 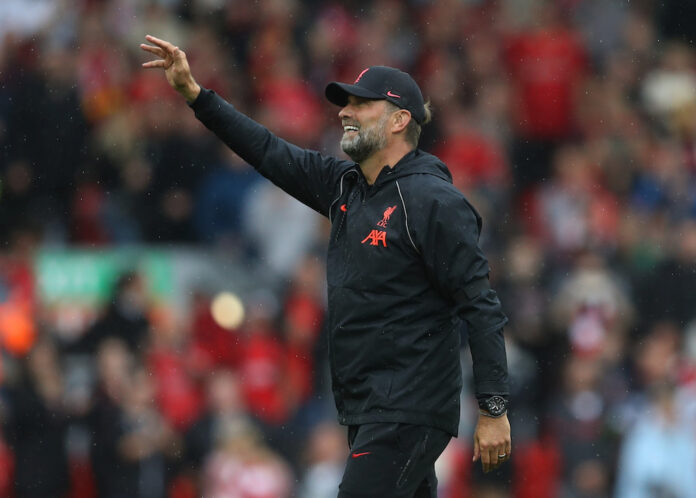 Klopp hit out at Atletico’s defensive tactics when Simeone’s men won 3-2 after extra-time at Anfield in the Champions League last-16 in March 2020 to progress 4-2 on aggregate.

The German excused that outburst on Monday, saying it showed his frustration at being forced to play the game with a full crowd just days before the coronavirus pandemic shut down European football for months.

“I was angry, disappointed about a lot of things with the world in the moment,” said Klopp. “Then we had to concentrate on football in a really strange circumstance.

“Diego Simeone is doing everything right. He is the current Spanish champion. He is at Atletico for I don’t know how long, but very successful there.”

Klopp said he respected what Atletico had achieved but preferred a different style of football.

“Do I like it? Not too much but that’s normal because I prefer a different type of football,” he said. “Other coaches prefer other styles of football so nobody has to like it — it just has to be successful and that is what Atletico are for sure.”

Liverpool are unbeaten in 11 games this season, thanks in large part to Virgil van Dijk’s return from knee ligament damage.

The Dutch captain was injured last October by a wild lunge by Everton goalkeeper Jordan Pickford in a bad-tempered Merseyside derby.

Van Dijk resisted the temptation to rush back to represent his country at Euro 2020 and Liverpool have reaped the benefits as he has slotted back at the heart of the defence.

Simeone said the Dutchman’s return has given the Reds the “security” they lacked last season to attack more freely.

But Van Dijk himself believes he still has some way to go to get back to his best.

“I don’t think there are a lot of examples of players coming back from an ACL (anterior cruciate ligament), a complex knee injury, that’s back to his best after a year, so I’ve work to do,” said Van Dijk.

“I want to be as good as I can be for the team I play for, the fans I play for and the country I play for. The only thing to get there is play games and get more confident in the things you do.

“It’s going the right way and I’m feeling fine so there is always room for improvement.”

Liverpool are on course for the Champions League last 16 after winning their opening two games ahead of the trip to Madrid.

Atletico needed a late turnaround to beat 10-man AC Milan in their last European outing, but are also well-placed on four points from two games in Group B. — AFP