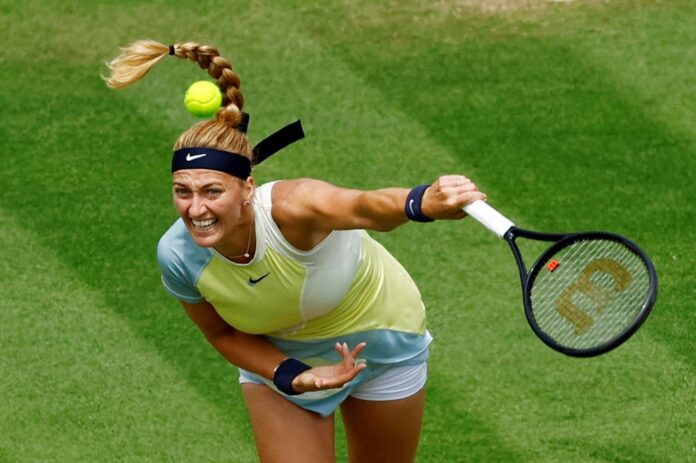 EASTBOURNE, June 24 — Petra Kvitova moved into the Eastbourne semi-finals with a 6-3, 6-4 win over Harriet Dart as the former Wimbledon champion stepped up her preparations for next week’s Grand Slam.

Kvitova, who won Wimbledon in 2011 and 2014, is using the WTA Tour event on England’s south coast to warm up for her grass-court title bid.

The 32-year-old veteran might be past her peak these days, but she is still a danger on grass.

Dart showed glimpses of her talent during a spirited display against 14th seed Kvitova but never seriously threatened an upset.

Kvitova dominated thanks to a series of powerful groundstrokes and deservedly claimed a second British scalp, having eliminated Katie Boulter in the previous round.

Dart, 25, denied her Czech opponent’s first two match points but, having briefly turned that precarious position into her first break point of the afternoon, was unable to save the third.

Kvitova will play Beatriz Haddad Maia in Friday’s semi-finals after the Brazilian 15th seed received a walkover against Lesia Tsurenko, who was suffering from an elbow injury.

Jack Draper is the last British player in the men’s or women’s singles after beating compatriot Ryan Peniston 6-3, 6-3.