HomeNationalKelantan allows prayers according to actual capacity of mosques
National

Kelantan allows prayers according to actual capacity of mosques 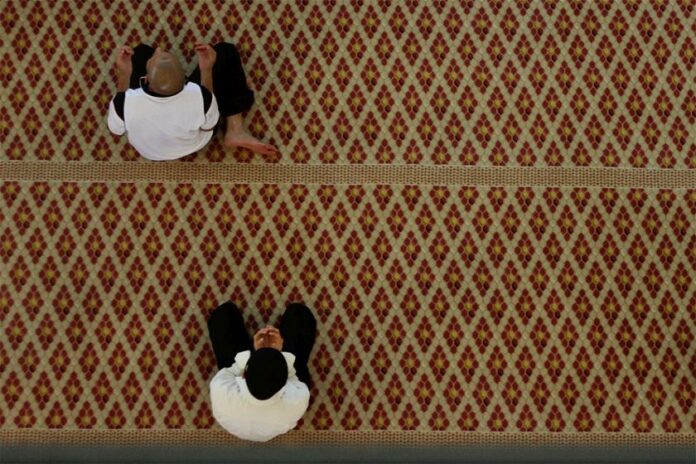 KOTA BARU, Oct 14 — Following its transition to Phase Two of the National Recovery Plan (PPN), Kelantan today announced that the obligatory five times a day and Friday prayers in the state can be performed according to the actual capacity of the mosques beginning tomorrow.

“Friday prayers in the courtyard or compound of mosques is also allowed and but subject to the 1.5-meter social distancing. Mosque employees and the congregation must show proof that they have completed the two-dose Covid-19 vaccination,” he said in a statement today.

He also said Pfizer, AstraZeneca and Sinovac recipients must wait 14 days after the second dose before they can join the congregation while recipients of one dose of Johnson & Johnson and CanSino vaccines, it must be after the 28th day from the date of injection.

“The congregation must also show their MySejahtera digital vaccine certificate to the mosque workers,” he said adding that the permission had been approved by the Sultan of Kelantan Sultan Muhammad V.

Mohamad Rizam also said mosque workers and worshippers must also put on their face masks. They are also encouraged to wear two layers of face masks, bring their own prayer mat, and take ablution at home before coming to the mosque.

He said the mosque administrators must also make sure that all the doors, windows and fans are opened to ensure good and safe ventilation and the use of air-conditioners is not encouraged at mosques, surau, and musollas.

“All activities like zikir or the practice of remembrance of God, Quran recitation classes, and general and special lectures are not allowed. However, other religious classes online are encouraged to ensure that mosques and suraus are constantly filled with religious activities.

He said he hoped all parties give their cooperation and any mosque, surau or musolla found to be flouting the standard operating procedure will be asked to shut down. — Bernama