HomeNewsKedah police say do not rule out smuggling syndicate behind yesterday’s shooting...
News 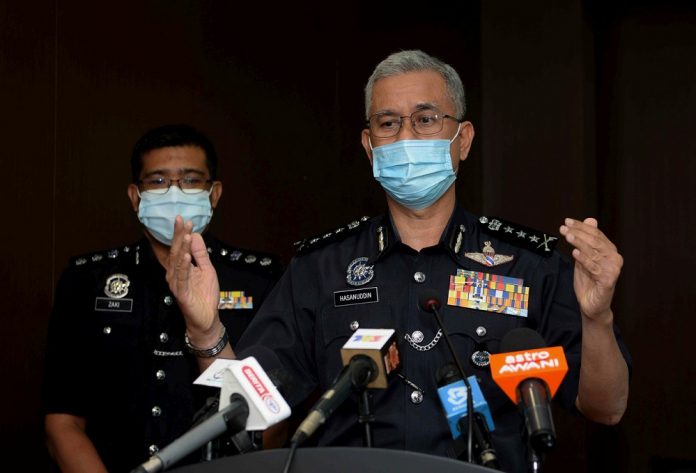 ALOR SETAR, Nov 26 ― Kedah police have not ruled out the possibility that the individual who shot at a General Operations Force (GOF) personnel on duty at the Malaysia-Thailand border near Bukit Kayu Hitam yesterday afternoon was a member of a smuggling syndicate.

Kedah police chief Datuk Hasanuddin Hassan said that although investigations are still ongoing, the police did not rule out that possibility as the incident occurred at a location along a known smuggling route.

“The route is frequently used by smugglers to enter Malaysia from a neighbouring country, and for smugglers here to enter there but we always remind our personnel at the border to always be on alert as personal safety is of utmost importance.

“We do not know when we might fall victim to those who are unhappy with the presence of law enforcement here (at the border),” he said during a press conference at the Kedah police contingent headquarters today.

When asked about the latest development regarding the GOF 3rd Battalion personnel who was involved in the shooting incident, he said that he had not received any further information at this point.

“We leave it up to his superior as he is under the GOF but usually if he was on duty last night, today (he) would rest, but whether he can carry out his duties as usual that I am not sure,” he said.

In the 6.15pm incident yesterday, the 26-year-old personnel suffered a light wound (a graze at the abdomen) after being shot by an air rifle while conducting a patrol in the border area.

Hasanuddin had said yesterday that the personnel was wearing a bulletproof vest but the bullet was said to have hit an exposed part of his abdomen.

He also urged the public to support the authorities’ efforts in combating crime, especially at the country’s borders. ― Bernama