Johor authority seizes over 425,000kg of illegal timber from Chile 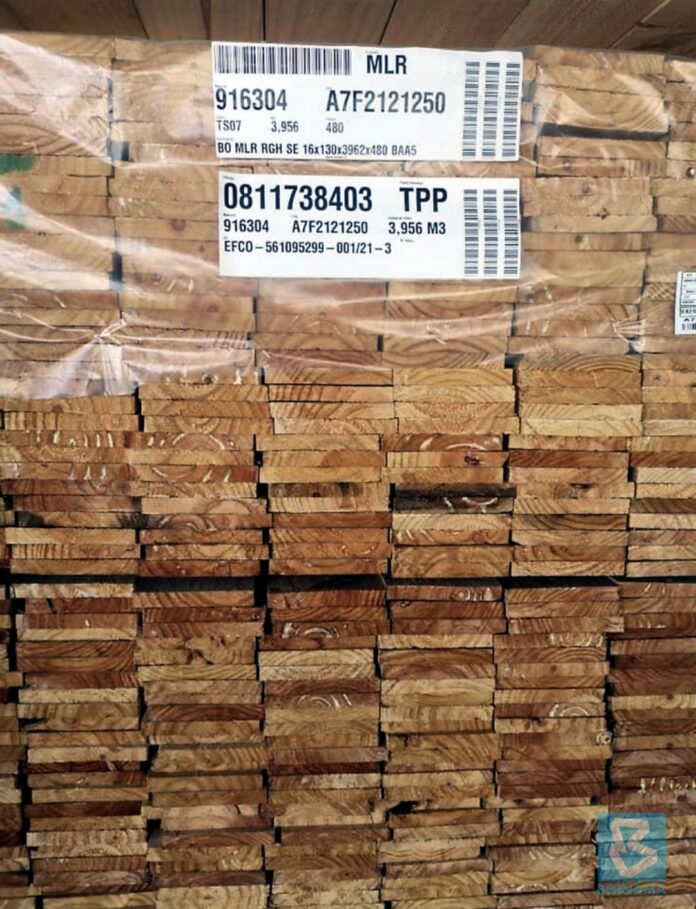 RM508,889.43 worth of pinus radiata pine wood from Chile seized by MAQIS at the Port of Tanjung Pelepas in Iskandar Puteri, Johor Bahru. – Bernama photo

In a statement, Johor MAQIS said the detention of 10 containers carrying the timber was made following a routine inspection conducted by MAQIS enforcement officers at 3.45pm.

“The inspection found that the submitted MAQIS permit number did not match the one stated in the phytosanitary certificate declared for the pinus radiata pine wood.

“All the timber, estimated at 425,715kg, were seized for further action,” it said in the statement, here, today.

The case is being investigated under Section 13 of the Malaysian Quarantine and Inspection Services Act 2011 (Act 728) for making misleading declarations to the authorities.

Johor MAQIS advises all importers and exporters to always follow the rules set by the government for the control of diseases involving animals, fish and plants, and to ensure food safety in Malaysia. – Bernama

The Biggest Flex Of 2021: Man Shows Off Photos Of Himself Dining Out In Perlis