HomeEntertainmentInsect consumption is forecast to boom, but not for the reason you...
Entertainment

Insect consumption is forecast to boom, but not for the reason you might think… 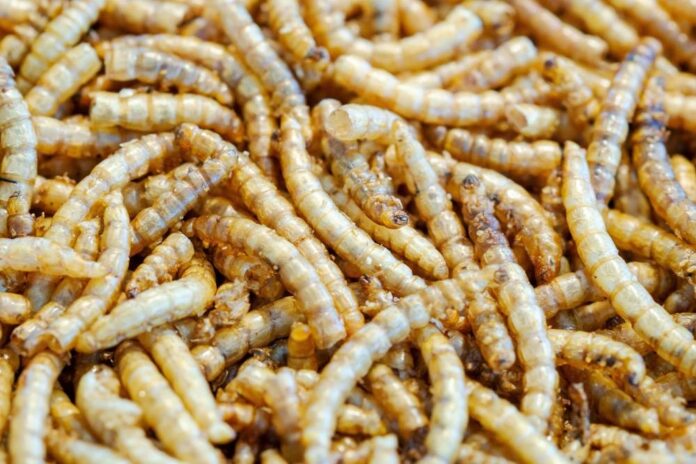 NEW YORK, Oct 12 — From crickets and worms to cockroaches and locusts, insects have long been hailed as one of the foods of the future, but their forecasted potential may not be reflected in the content of our plates. In fact, they’re expected to be eaten more widely by animals.

In burgers, chips, condiments or even seasoned with spices, there are now a whole range of culinary ideas for preparing edible insects and making them more palatable to the most reluctant of consumers. Entomophagy — the practice of eating insects — is constantly being billed as a real solution for the future, both to feed the 9.5 billion people expected to be on Earth by 2050, and to reduce the carbon footprint of agriculture. By way of comparison, chicken farming is estimated to generate emissions 32 per cent to 167 per cent higher than mealworm farming.

But who today chooses to put crickets or locusts on the menu? Indeed, there appears to be a gaping chasm between theory and practice. An article posted on The Conversation reported a few months ago that 60 per cent of consumers were willing to try plant-based proteins, while only 26 per cent would be interested in experimenting with insect consumption. Although it’s difficult to identify with precision the number of consumers who have adapted their diet to include this type of food, the consumption of insects remains minimal for the moment, and is not always conscious. Indeed, one commonly consumed insect-derived product is cochineal, used as a food additive for a naturally occurring red dye.

And yet, a report from the consulting firm Research and Market predicts that the edible insect market will be worth US$3.3 billion (RM15 billion) by 2027. It is expected to grow annually by 32.7 per cent by that time. And there is no paradox in these predictions. In fact, manufacturers are expected to use more insects to feed animals.

An insect-fed chicken was launched by French supermarket Auchan in June 2020. But beyond feeding poultry with worms and crickets, insects could also be used to feed farmed fish. This type of use is expected to account for the largest share of this market. As a future food source, insects are often processed into flour. According to the Alimentarium food museum in Vevey, Switzerland, a cricket is composed of 60 per cent to 80 per cent protein. It contains more iron than in beef and even more calcium than milk.

These growth forecasts are correlated with the likely increase in demand for aquaculture products. By 2050, this is expected to increase by 90 per cent, according to the FAO (United Nations Food and Agriculture Organisation). In a study published in March 2015, French consumer association CLCV already mentioned the future potential of insect flour in this sector. “The use of insects in the feed of certain animal species, particularly as feed for aquaculture and poultry farming, can seem natural. Indeed, poultry and fish are insectivorous. Moreover, the majority of farmed fish are predators, which limits the possibilities of using plant proteins for their feed. In order to mass produce insects for animal feed, biorefinery projects are being developed,” the organisation says.

Facebook
Twitter
Pinterest
WhatsApp
Previous articleTotal subsidy allocation for the people in Budget 2023 more than in 2022, says Finance Ministry
Next articleSelangor MB: Sub-district offices to be used as forward base during floods