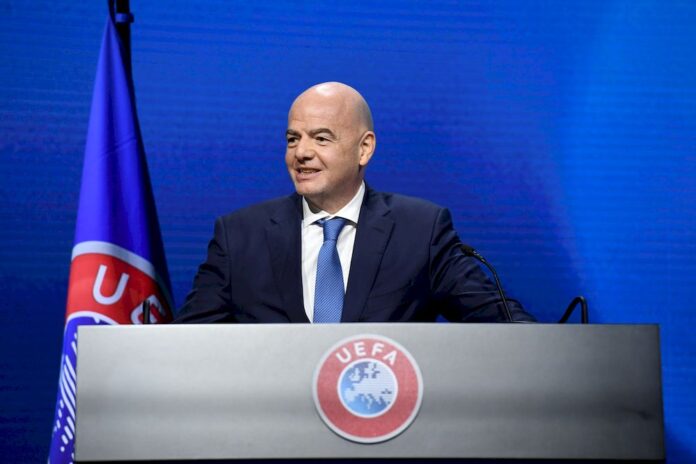 CARACAS, Oct 17 — Fifa president Gianni Infantino on Friday defended his plan to hold the World Cup every two years during a visit to Venezuela, a country that has never qualified for the global showpiece.

The biennial World Cup project, which has the backing of former Arsenal manager Arsene Wenger, has come in for heavy criticism from continental federations Uefa and Conmebol, as well as coaches and pundits.

“Our job as Fifa is to constantly think about how we can improve football in the world, to make football truly global,” Infantino said during an event in the Venezuelan capital Caracas.

“The Fifa president is president of the 111 countries and all those countries have the right to dream, a dream like the Vinotinto (Venezuela’s national team) dream.

“They also have to be able to achieve that dream because if you have to dream for eternity, in the end you prefer to do other things.”

Infantino insisted that a biennial World Cup would increase the chances for smaller nations to qualify.

“When it was decided to organize a World Cup every four years, more or less 100 years ago, Fifa had 40 countries. It’s time to re-analyse the issue.”

Infantino said South American sides were often at a disadvantage due to the amount of travel they have to do compared to European sides.

Europe has hosted the World Cup more than twice as often (11 times) than any other continent.

South America have welcomed the tournament five times. Africa and Asia have only hosted it once each, although the next one is in Qatar.

“If Messi has to travel 350,000 kilometers to play a World Cup and Cristiano Ronaldo 50,000 to play … I think it’s normal that in June the South Americans are a bit more tired than the Europeans,” said Infantino.

“Since 2002, Brazil have not won a single World Cup knock-out match against a European side … Not for 20 years, and that’s Brazil!” — AFP

Finance minister: Targeted subsidies to be implemented when the economic situation permits

Finance minister: Targeted subsidies to be implemented when the economic situation permits