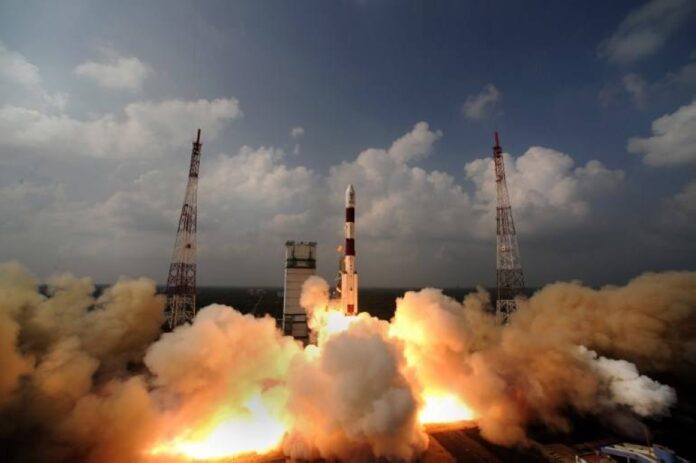 This handout photograph released by the Indian Space Research Organisation (ISRO) on November 6, 2013, shows the PSLV-C25 rocket carrying the Mars Orbiter Spacecraft blasting off from the launchpad at Sriharikota on November 5, 2013. — AFP pic

NEW DELHI, Oct 4 — India has lost contact with its Mars orbiter, eight years after the low-cost probe made it the first Asian nation with a spacecraft circling the red planet, its space agency said.

Although “designed for a life-span of six months as a technology demonstrator, the Mars Orbiter Mission has lived for about eight years in the Martian orbit with a gamut of significant scientific results”, the Indian Space Research Organisation (ISRO) said yesterday.

The agency said in a statement that, after an eclipse in April cut off sunlight to the probe, its “propellant must have been exhausted” and that it “attained its end-of-life”.

Launched in 2013 before entering Mars’s orbit the following year, the probe made India one of only a handful of nations to circle the Red Planet, including Russia and the United States, as well as the European Union.

It came six years before China launched its Tianwen-1 mission, which includes a rover vehicle on the surface of the planet.

Prime Minister Narendra Modi later quipped that it cost even less than the 2013 Hollywood space blockbuster Gravity, which was reportedly made for about US$100 million.

The ISRO said the mission’s achievements included providing an understanding of the composition of several gases in the Martian exosphere.

“The mission will be ever-regarded as a remarkable technological and scientific feat in the history of planetary exploration,” it said.

India has been bolstering its space programme in recent years, including a manned mission with Russian backing slated for 2023 or 2024.

In 2019 Modi hailed India as a “space superpower” after it shot down a low-orbiting satellite, a move prompting criticism for the amount of “space junk” created.

The same year India suffered a big setback when it lost contact with an unmanned spacecraft moments before it was due to land on the Moon.

Experts say India is able to keep costs low by copying and adapting existing space technology for its own needs, and thanks to an abundance of highly skilled engineers who earn a fraction of their foreign counterparts’ wages. — AFP