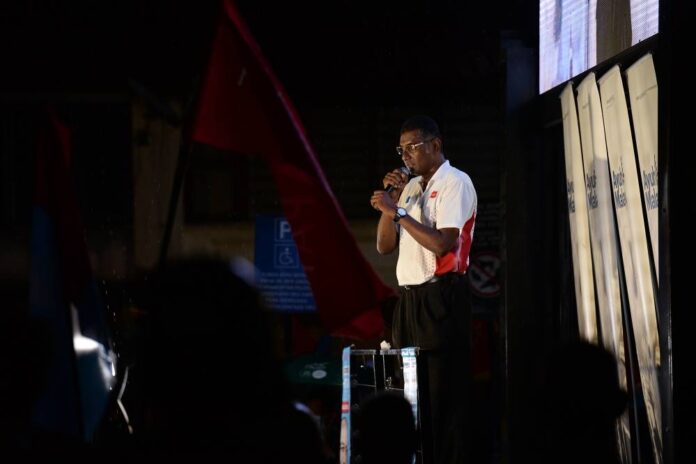 Rayer said wards and clinics at the Penang General Hospital are often overcrowded and congested, and numerous services have to be outsourced due to a lack of facilities. — Picture by KE Ooi

Rayer, who is the constituency’s incumbent, said the state government had previously suggested that the Penang Prison be shifted to Jawi on the mainland. Once it is relocated, the hospital can use the space to expand its services.

“The prison site is suitable for a new modern and spacious hospital for Penangites. After all, Penang is one of the highest contributors in terms of national tax revenue collection.

“Therefore, the state deserves a better, more modern hospital,” he was quoted as saying by national daily The Star.

The prison, which was built in 1813 and is located beside the hospital, is one of the oldest in the country.

Rayer said wards and clinics in the hospital are often overcrowded and congested, and numerous services have to be outsourced to other hospitals due to a lack of facilities.

“The Accident and Emergency Ward for accident and emergency cases (are) cramped, and doctors are forced into a limited space.

“Some surgeries can only be performed at Hospital Seberang Jaya or Hospital Bukit Mertajam because the wards at Hospital Penang are not equipped with the modern facilities required.

“Parking is another major problem. Many outpatients, especially senior citizens, usually have to park far away and walk to the hospital. There is limited room for expansion at the present site,” he said.

He added that he will propose a light rail system that will cut through Jelutong as an alternative to driving, which can help ease traffic congestion.

“I will also upgrade the public amenities in Jelutong,” he said.

DAP won the Jelutong seat in the past three elections by large margins. In the 2018 polls, Rayer triumphed with a 38,171 majority.