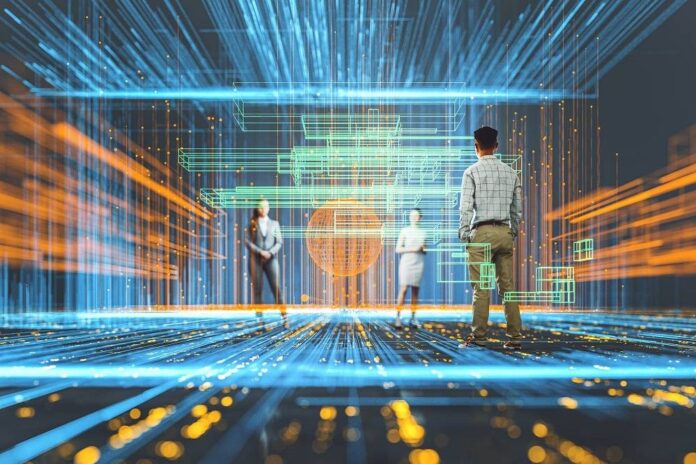 Yes, but only if you’ve already taken the plunge, it seems.

Far from being a reality for the average person, the metaverse has nevertheless won over the few people who have experienced it — so much so that some are invested heavily and permanently in these new worlds. As such, some users seem to have transcended the borders of reality.

Although it’s still not very well rooted in the habits of internet users, the metaverse is nevertheless attracting growing interest from brands and users alike. Indeed, it already appears to be fulfilling the expectations of those who have been exploring its infinite possibilities for several months.

Such are the findings of new research from HubSpot, which surveyed more than 1,000 individuals in the United States about their views, preferences, and expectations regarding Web3.

The metaverse appeals to the young

While only 8 per cent of respondents claim to have visited the metaverse — including 16 per cent of Generation Z respondents, 15 per cent of Millennials, and only 1 per cent of baby boomers — it appears that these virtual worlds are already shaking up the habits of their advocates.

This is perhaps hard to believe, considering that only 40 per cent of all respondents claim to understand the concept of the metaverse. However, those who have tried it seem to have already adopted it, to the point of becoming personally invested in these virtual worlds — or almost.

Indeed, the internet of the future may be winning over the public faster than some predict. In its survey, HubSpot reports that half of the people who have already familiarized themselves with the metaverse have done so in the last three months.

And for most, it’s not just about being a spectator, checking out this new virtual world, but becoming a full-fledged participant in it, with a genuine level of engagement.

In fact, almost two thirds (64 per cent) of respondents who have ever used a metaverse claim to own virtual currency, while 61 per cent own virtual objects, and 55 per cent have land.

And it goes even further for those who engage in metaverse-related activities. Six out of ten respondents who have ever done so say that their virtual objects are as important as the ones they own in ‘real life,’ while 54 per cent feel the same about their virtual and real relationships.

While many examples (already) prove that the metaverse has its darker sides, its users are currently largely positive about it.

More than half of users (51 per cent) think that it is easier to be their authentic self in virtual worlds than in real life. Last but not least, 28 per cent of respondents say that the metaverse is an extension of reality, blurring the boundaries between the two worlds. — ETX Studio