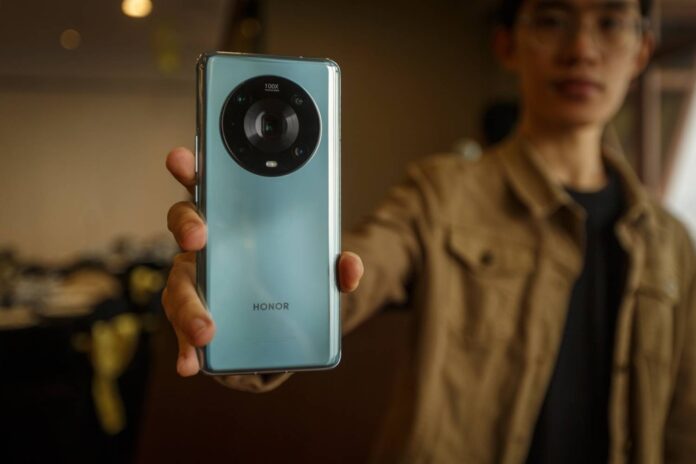 The HONOR Magic 4 Pro promises to be the ultimate android flagship with a groundbreaking camera, screen, call, and privacy features. — Picture by Raymond Manuel

KUALA LUMPUR, May 18 — The highly-anticipated HONOR Magic 4 Pro was recently unveiled in Malaysia.

It is expected to start selling in Malaysia next month and promises to have modern top-grade flagships.

Its predecessor, The Honor Magic 3 Pro, was an important milestone for the company marking its independence after its departure from its parent company Huawei.

The Magic 3 was praised for its high-end features including a large OLED display, excellent battery life, and a world-class camera that could record 4K raw footage.

Will the Magic 4 Pro live up to or even exceed the hype of its predecessor?

During a media briefing at the KL Tower, HONOR Malaysia gave a first look at their new feature-packed flagship.

HONOR Malaysia Product Manager Ren Yi went through the four key aspects that the Magic 4 innovates beyond other smartphones.

The 120Hz display also intelligently saves power consumption by changing the refresh rate based on the task.

In addition, the AI Privacy Call feature allows users to enhance their phone calls using directional audio targeted only to their ears only.

Finally, the industry-first, dual 100W SuperCharge promises to take charging from zero per cent to 50 per cent in 15 minutes.

Additionally to those innovations, the phone’s Snapdragon 8 Gen 1 processor and 256GB ROM and 8GB RAM will keep gaming and multitasking smooth and hassle-free.

Upon taking the phone to the Skydeck of KL Tower, the flagship camera of the Magic Pro was able to capture the amazing city view with sharpness and plenty of detail to spare.

In real life, the phone feels premium, tall, but easy on the hand thanks to the curved case and tactile buttons.

With our brief time using the Magic 4 we can definitely praise the performance of its camera and battery life, but time will tell if it is able to improve on the other “pain points” from its predecessor through day-to-day usage.

HONOR plans for the Magic 4 Pro to target power users looking for a superior flagship experience, punching above its weight with quality on par with the likes of Apple and Samsung.