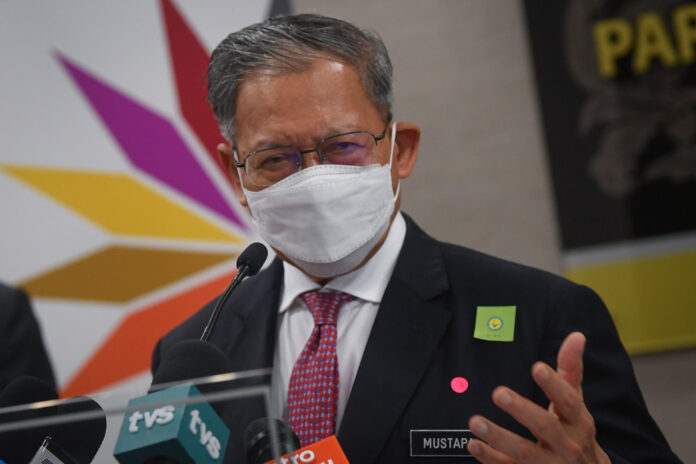 KUALA LUMPUR, Oct 14 — Malaysia has the opportunity to do a lot more to achieve the sustainable growth in the environmental, social, and corporate governance (ESG) agenda now that ESG has been embedded in many companies and in the 12th Malaysia Plan (12MP).

Minister in the Prime Minister’s Department (Economy) Datuk Seri Mustapa Mohamed said the need to address some issues that have been present for the last 10-15 years, including poverty and bridging the gap of urban and rural areas, have now become more urgent than before for the country to embrace the ESG agenda.

“If we don’t embrace ESG, we will miss the boat to become part of the world economy,” he said at the Invest Malaysia 2021 “Fireside Chat: 12MP – Opportunities and Challenges” session moderated by Bursa Malaysia chairman Tan Sri Abdul Wahid Omar.

On the targeted economic growth of between 4.5 and 5.5 per cent annually for the 2021-2025 period, Mustapa said the target set is realistic given the expected performance for this year and next year, coupled with the policies being put in place including reforms.

He said improvement in productivity, further support for the micro, small and medium enterprises, and higher government expenditure would provide some push to the economic growth, as well as the fund inflows, digitalisation, and export recovery.

“I think there is a general consensus that we can achieve three per cent growth (this year) with the re-opening of the economy and interstate travel. For next year, many organisations such as the World Bank and International Monetary Fund are forecasting growth of around six per cent for the country.

“The forecast of three per cent this year and six per cent next year would give (an average of) 4.5 per cent, to give a simple arithmetic example (that supports the 2021-2025 economic growth target).

“But going forward, we cannot forecast with any degree of certainty what would happen beyond 2022,” said Mustapa.

On the suggestions to reintroduce the Goods and Services Tax and introduce new taxes, he said it is still a work in progress as this is not the right time to introduce high taxes amid the current phase of economic recovery.

“This is not an opportune time to discuss taxes as we are still in crisis mode because it is not sustainable, but there will be a time to revisit the whole matter,” he said.

Regarding the Public Private Partnership 3.0 model to fund infrastructure projects, Mustapa said the government is looking at the most sustainable model, as it needs to reduce its financial burden given the difficult situation.

The concept paper for the model, he said, has been prepared and would be presented to the Cabinet for approval.

He said the government is also looking at alternatives and proposals to replace the Kuala Lumpur (KL)-Singapore High Speed Rail (HSR) with domestic HSR between KL and Iskandar Puteri, and KL to the northern part of the country and Bangkok, Thailand.

On the Mass Rapid Transit (MRT) 3, he said there have also been some proposals for the project to be done on a modest modular basis due to the government’s current financial position.

“For these two projects, there is a need; as we need to boost the use of public transportation which is now at 20 per cent to at least 40-50 per cent and beyond.

“This aspiration is important in the context of sustainable development and green agenda and reducing the gas emissions from vehicles. Therefore, the government must really look carefully on the financial implications, but when the economic situation improves, we can revisit some of these projects again,” he noted. — Bernama