HomeSportsHamilton thanks fans after testing week before Silverstone
Sports

Hamilton thanks fans after testing week before Silverstone 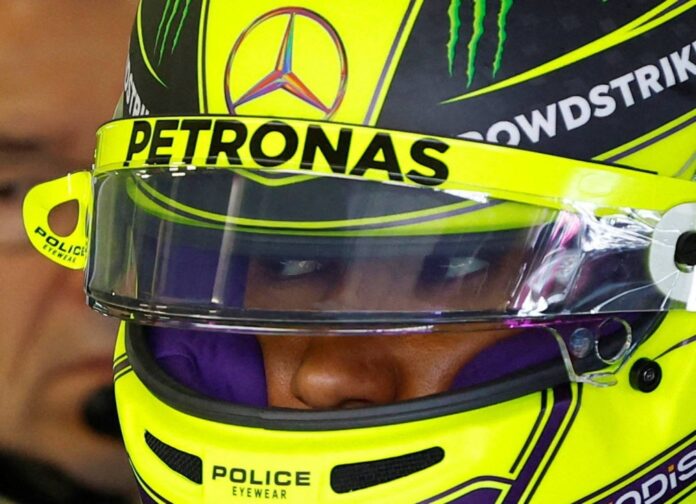 SILVERSTONE (England), July 2 – Lewis Hamilton thanked his fans and promised to keep working in a bid to end his 10-race winless streak after winding up second behind Carlos Sainz in yesterday’s wet and windy practice at the British Grand Prix.

The seven-time champion, who emerged smiling from an embattled and testing week, during which he rebutted offensive comments, was 0.163 seconds off the pace set by Ferrari’s Sainz – and happy with his on-track efforts in his heavily updated Mercedes.

“It’s been a good day,” he said. “We’ve still got some bouncing, but it’s pretty good. It’s not on the straights here, but in the corners.

“It’s not so bad in the car. It’s a small step forward so we will keep working. With the stiffness of the cars, it’s not the same, but still fun to drive through Maggotts and Becketts and awesome at Stowe.

“This circuit is still epic!” Winner of a record eight British Grands Prix and a record 103 overall, Hamilton has not won since the Saudi Arabian Grand Prix last December, a run of 10 races.

He has never gone 11 without victory in his F1 career and a Silverstone win on Sunday would make him the first driver to win nine races at one venue.

Asked about the effects of his car’s latest package of upgrades, he said they were mostly to improve the car’s down-force, adding that he felt the car had potential to gain a good result for his fans.

“I am so appreciative of the support I have had from everyone.” After vulgar racist and homophobic slurs aimed at him last year by Nelson Piquet resurfaced on social media, Hamilton was in a calm and determined mood.

His father Anthony had always told him to “answer them on the track” in response to offensive comments and Hamilton, as Mercedes team chief Toto Wolff had expected, seemed to be doing just that.

Mercedes head of trackside engineering Andrew Shovlin said he was encouraged by Friday’s practice in which George Russell was eighth.

“It does look like we’ve made a step forward because we’re not normally up near the top on a Friday,” said Shovlin.

“We were pretty aggressive with how we started here and there might be a little bit more to come.” He said that after three races on bumpy and low-speed street circuits, Mercedes had learned more about their car and were well prepared for a race on a smoother-surfaced circuit with high-speed corners. – AFP