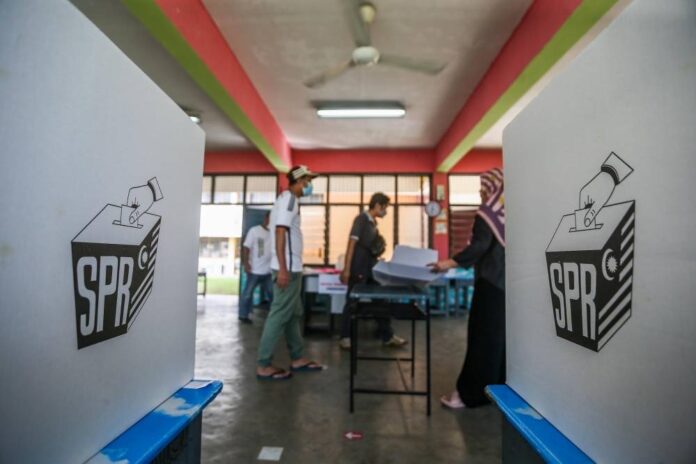 Lim criticised Umno president Datuk Seri Ahmad Zahid Hamidi for suggesting that voters should be willing to wade through flood waters to cast their ballots. — Picture by Hari Anggara

He added that the welfare of the 32 million Malaysians should be given priority over self-serving politicians in Umno.

“Such a reminder that he must put the people first bears greater urgency following the statement by the Malaysian Meteorological Department (MetMalaysia) yesterday that the country will go through a monsoon transition phase starting October 3 until the end of November,” the Bagan MP said in a statement.

“The government has a basic duty to allow voters to cast their ballot papers at polling stations in an orderly, safe, secure and calm environment,” he stressed.

MetMalaysia warned Malaysians to expect thunderstorms nationwide during the monsoon transition that could trigger flash floods.

Ismail Sabri, who is also one of three Umno vice-presidents, is expected to attend the Umno supreme council meeting tonight where the dissolution of Parliament and the 15th general election is also expected to be decided.

Lim also criticised Umno president Datuk Seri Ahmad Zahid Hamidi for suggesting that voters should be willing to wade through flood waters to cast their ballots.

“Ismail Sabri should bear this in mind to convince the Umno Top-5 leaders that it will be both foolhardy and irresponsible to hold general elections during the monsoon period,” the DAP politician said.

“The rakyat cannot be put at risk and in danger to satisfy the political whims and fancies of self-serving dishonest politicians,” he added.

The 14th Parliament’s term will automatically expire in July next year and a general election must be held within 60 days.

But Umno politicians have been clamouring for polls to be held this year.