Foreign minister: Junta not cooperating on humanitarian aid to Myanmar 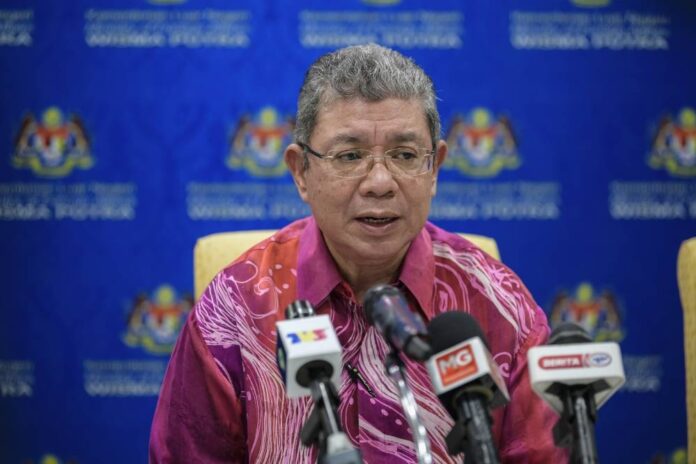 He said this included the proposed involvement of international organisations in the Myanmar Task Force for humanitarian aid missions such as the International Committee of the Red Cross (ICRC) and civil society organisations (CSOs) from other Asean countries.

He said Malaysia also suggested for Mercy Malaysia to be involved in the team since the organisation has carried out an aid mission in Rakhine, in addition to having volunteers inside Myanmar who are ready to help.

“We see that the Junta is not cooperating. We want the task force to involve international parties more meaningfully so that there is transparency because the concern is, we understand that Myanmar is complex; there is the Junta and there are other parties. So what is the guarantee that the aid will be delivered to all parties?

“What is worrying is that there is discrimination, favouritism in the provision of aid; and one method to prevent that from happening and to monitor it is with the involvement of international bodies,” he said.

Saifuddin was speaking at a press conference after the 55th Asean Day celebrations at the Special Malaysia Disaster Assistance and Rescue Team (SMART) Headquarters at Pulau Meranti, Puchong, today.

Saifuddin was previously reported to have said that although the Asean Coordinating Centre for Humanitarian Assistance on disaster management (AHA Centre) was also involved with the team, the organisation itself admitted that they lacked experience in sending aid to places of conflict such as Myanmar.

The Myanmar Task Force was established following the Consultative Meeting on Asean Humanitarian Assistance to Myanmar chaired by Asean Chairman’s Special Ambassador to Myanmar Prak Sokhonn on May 6.

Since the Junta seized power on February 1, 2021, at least 2,114 people have been killed in Myanmar in a campaign to end widespread opposition to military rule.

According to Saifuddin, the humanitarian aid mission faces various challenges — including a system that is unable to meet demands, lack of funds, and aid that does not meet the actual needs of the victims.

“Following this, he suggested several improvements including getting accurate information from local sources, listening to the voices of victims, and establishing a framework of accountability, transparency and evaluation.

“I think if we can have that framework, it will make it easier for us to get funds whether it’s a private company in the country or at the international level. It’s not (for) control, but it will be easier for people to work together,” said Saifuddin. — Bernama