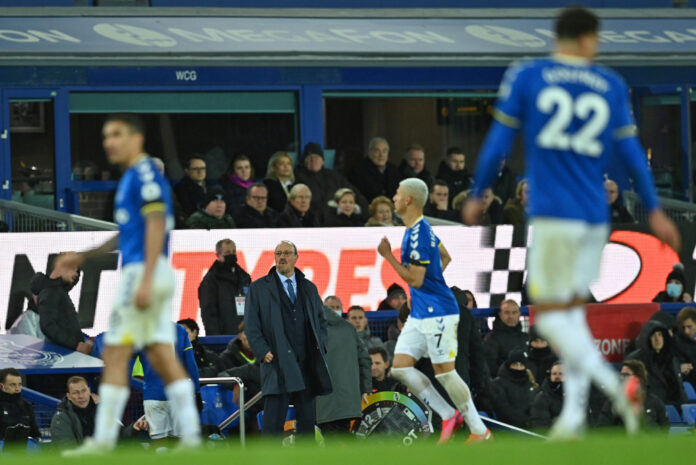 LONDON, Dec 2 — Everton owner Farhad Moshiri says Rafael Benitez will be given time to turn things around after a heavy defeat against neighbours Liverpool intensified pressure on the Spanish manager.

The Goodison Park club, who started the season brightly under their new boss, are now winless in eight Premier League matches after their 4-1 drubbing yesterday — their worst sequence since 1999.

They are languishing in 14th place in the Premier League table, just five points above the relegation zone.

But Moshiri, who appointed the former Liverpool manager in June, shares the confidence of Benitez that things will turn around once key figures such as Dominic Calvert-Lewin and centre-back Yerry Mina are fit.

“Football is about crisis one day and glory the following day,” Moshiri told Talksport radio today. “Rafa is a good manager and underperformance is largely due to the injuries.

“(Over the) next two weeks, we will get to a full squad and, in the meantime, results will improve.

“Rafa needs time to have his mark on the squad. He will be supported to add depth to the squad. Managers need time. I have no doubt that we will have a strong second half to the season.”

Moshiri has spent more than GBP500 million (RM2.8 billion) on players since arriving in 2016 with little tangible reward and supporters voiced their anger over the club’s travails at Goodison Park yesterday.

Benitez, 61, was an unpopular appointment among many Everton fans before he had even taken charge of a game given his history as Champions League-winning coach for Liverpool during six years at Anfield.

“In January, hopefully the team are not depending on two or three players coming back as we are at the moment,” the Everton boss said.

“January is a difficult window and there are not too many players available but when you have money to spend, you have to do it properly.”

England international forward Calvert-Lewin has not played since late August while Mina is out with a thigh problem. Midfielder Abdoulaye Doucoure has only recently returned to action.

“Any team missing three key players for a period of time — players who were scoring goals last season — and making mistakes in defence will lose,” said Benitez.

“The only way for us is to get these players coming back and recover mentally. I still have confidence we can do well.” — AFP