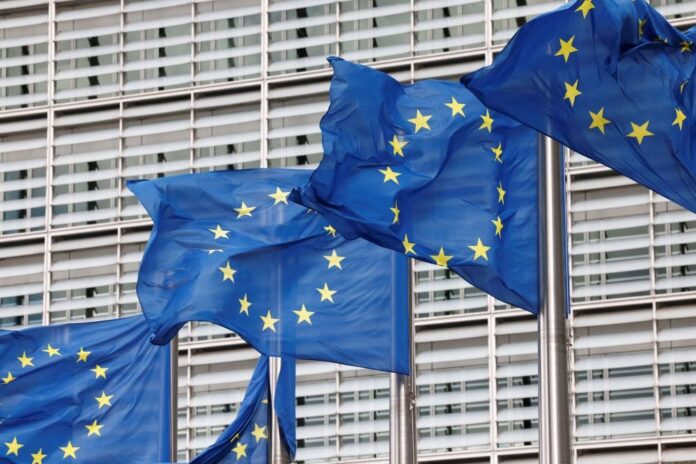 The proposal will now go to the bloc’s 27 member countries, which will need to overcome their differences on the new sanctions in order to implement them.

That may take time despite the EU being spurred into action by Russia’s military mobilisation, nuclear threats and moving to annex a swath of Ukraine more than 200 days after invading the former Soviet republic that now wants to join the EU.

“We do not accept the sham referenda nor any kind of annexation in Ukraine. And we are determined to make the Kremlin pay the price for this further escalation,” European Commission President Ursula von der Leyen told reporters.

“We are proposing a new package of biting sanctions against Russia.”

The G7 group of industrialised countries – of which EU countries Italy, France and Germany are also members – already agreed to put such an oil price cap in place via insurers.

“If you are doing nothing it means you are just prolonging this war with Ukraine, this is just ridiculous, the whole civilised world has to be united on that,” said Oleg Ustenko.

While the EU already agreed to stop importing Russian oil starting later this year, Ustenko said the “blood money” would keep on flowing to Moscow unless European companies were banned from insuring seaborne shipments.

EU countries need unanimity to impose sanctions and Hungary – where Prime Minister Viktor Orban cultivates close ties with Russian President Vladimir Putin – has been their loudest critic inside the bloc, which is split on the oil price cap.

Ustenko hoped Hungary would eventually change tack, and that EU countries with large shipping fleet – Greece, Malta and Cyprus – would also be on board with further measures hitting Russian oil revenues.

Speaking next to von der Leyen, the EU’s top diplomat said the bloc was also blacklisting more individuals from the Russian defence sector, those involved in ad hoc votes organised by Moscow in occupied Ukrainian territories, those the West blames for spreading Russian propaganda and those helping to circumvent Western sanctions against Russia.

Von der Leyen said a new imports ban would cost Russia 7 billion euros in lost revenues and that the bloc would also expand the list of prohibited exports “to deprive the Kremlin’s war machine of key technologies”.

Under the proposal, European companies would be barred from providing more services to Russia and European citizens would not be allowed to sit on boards of Russian state companies.

The Commission was due to present details of the proposal to EU member states at a closed-door meeting later today and the 27 were expected to have a first discussion on Friday. — Reuters