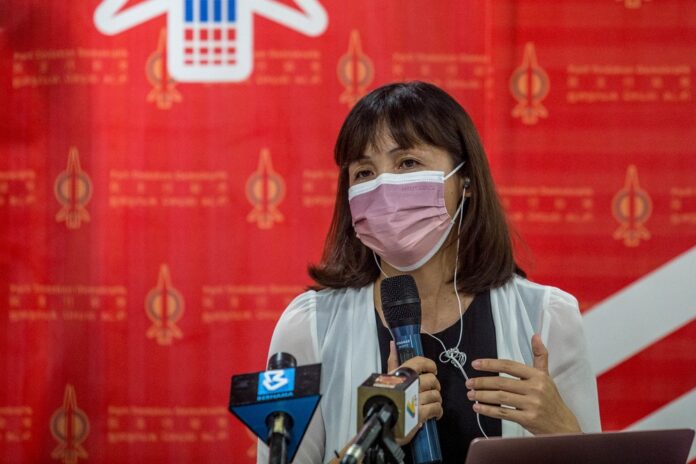 KUALA LUMPUR (Oct 6): Opposition MPs lashed out at several ministries in the Dewan Rakyat today for taking the easy way out in their parliamentary replies ― by providing stock answers verbatim to new questions of high public interest or dodging them altogether.

Kulai MP Teo Nie Ching wanted to know if only “easy” questions would get answers.

As example, she said her questions to the Education Ministry on sexual discrimination in schools have been persistently left unanswered while similar questions regarding the hiring of teachers have been addressed.

“I’ve raised the question on sexual discrimination so many times but the House allowed two questions on hiring teachers. Who’s picking these questions? Is it the Speaker’s Department? Why answer these questions while other more important questions were not answered?

“Not only that, the Education Select Committee have not met even once since its formation so can you Mr Speaker please make sure they’re doing their job?

“No answers at all on the special education needs, sexual offences in school and so many other issues brought here but the minister has never answered any of these questions,” the former deputy education minister said.

Teo said a question on hiring 18,000 teachers was asked on September 20 and again yesterday. She said that on both occasions, the same answer was given.

Segambut MP Hannah Yeoh then hit out at the Women, Family and Community Development Minister Datuk Seri Rina Mohd Harun and the Federal Territories Minister Datuk Seri Shahidan Kassim for giving only general stock information instead of answering her requests for details on several issues in their written parliamentary replies.

“Twice this has happened to me when Rina and Shahidan said they will give me written answers. Rina was supposed to give answers for the trigger system and Shahidan the cost of the legal fees for the Taman Rimba Kiara dispute.

“However, when the answers came, I noticed it was merely a repetition of the answers they gave in this House.

“No specific details even though [Shahidan] said he would provide them in written form. As for Rina, the answers for the trigger system were so general and not answered properly.

“So I don’t know how we’re supposed to get proper answers from these ministers if even now they don’t provide them properly,” said Yeoh who is the former deputy women, family and community development minister.

Pokok Sena MP Datuk Mahfuz Omar highlighted that he had asked the Finance Ministry for details on government projects, but was instead told he could just get them online.

“Mr Speaker, the same thing happened to me with the finance minister. I asked him for some details on government projects but his reply was ‘go and look at the website’,” the Amanah lawmaker said.

Dewan Rakyat Speaker Datuk Azhar Azizan Harun said he will take action against those who have given bad replies.

He asked the MPs who have issues with the responses to write in to him and he will take action thereafter. – Malay Mail