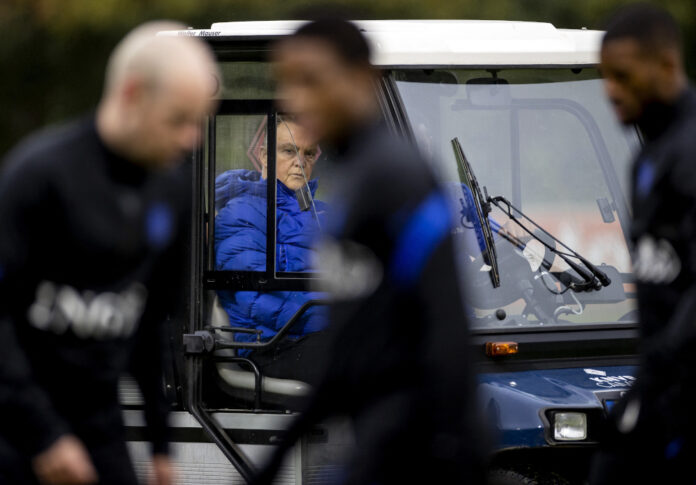 THE HAGUE, Nov 15 — The Dutch campaign to qualify for next year’s World Cup suffered another blow after coach Louis van Gaal fell and injured his hip, Dutch media reported today.

Van Gaal, 70, cycled to his hotel after a training session ahead of the team’s crucial qualifier against Norway tomorrow when the accident happened.

“Van Gaal was parking his bicycle at the hotel when he slipped and landed on his hip,” De Telegraaf daily tabloid said.

“A visit to the hospital confirmed he did not need surgery,” the paper said, but a Royal Dutch Football Federation (KNVB) official told the paper “Louis can’t walk and is in a wheelchair.”

“He will do everything he can to make Tuesday’s game,” the official said.

Van Gaal, sometimes nicknamed the “Iron Tulip” for his no-nonsense approach to coaching, arrived at today’s training session in a golf cart.

The KNVB could not immediately be reached for comment.

Van Gaal’s injury is the latest blow in the Netherlands’ quest to get to Qatar.

The team captained by Liverpool central defender Virgil van Dijk squandered a 2-0 lead on Saturday against Montenegro after the hosts equalised with two goals in the last 10 minutes of the game, robbing the Dutch of a guaranteed ticket to Qatar.

The Dutch still head Group G but are just two points ahead of Turkey, who thrashed Gibraltar 6-0 on Sunday.

The Orange face Norway in Rotterdam tomorrow in the final round of matches while Turkey travel to Montenegro.

If the Dutch beat Norway, they will be assured of a place in Qatar and even a draw could see them through, but they could be eliminated if they lose, missing out on a second successive World Cup finals. — AFP