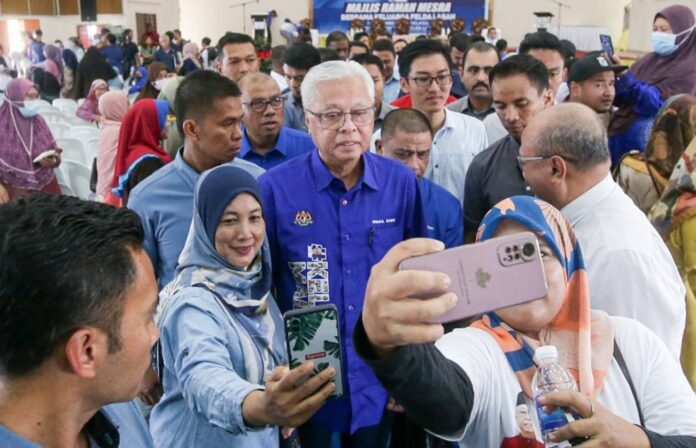 The Umno vice-president who had a meet-and-greet with some 1,000 settlers at Felda Lasah here said the debtpile has been “absolved”.

“I understand that some 70 settlers here had incurred damages on their plantations from elephant attacks and in turn, they had to owe Felda.

“I would like to inform you, not announce as I cannot make any announcement, that the debts of these 70 settlers to Felda have been absolved,” he said while making his rounds to bat for the Barisan Nasional (BN) candidates in Perak.

Ismail Sabri, who is running for the Bera parliamentary seat in Pahang, said Felda has been the “golden child” of the BN government since it was first established by Malaysia’s second prime minister Tun Abdul Razak Hussein.

He said the Felda community have staunchly supported the BN and hoped they would continue to do so that the coalition will prevail in the 15th general election.

“Felda has been the vote bank of BN and I hope that you will stay loyal with us,” he added.

Ismail Sabri arrived at the Felda Lasah multipurpose hall around 10.30am with a large entourage that included caretaker Perak Mentri Besar Datuk Saarani Ahmad and MIC president Tan Sri S.Vigneswaran who is running for the Sungai Siput parliamentary seat.

They were all dressed in the BN blue.

Perak is one of the three states that will be holding concurrent state and federal polls on Saturday. The other two are Perlis and Pahang.