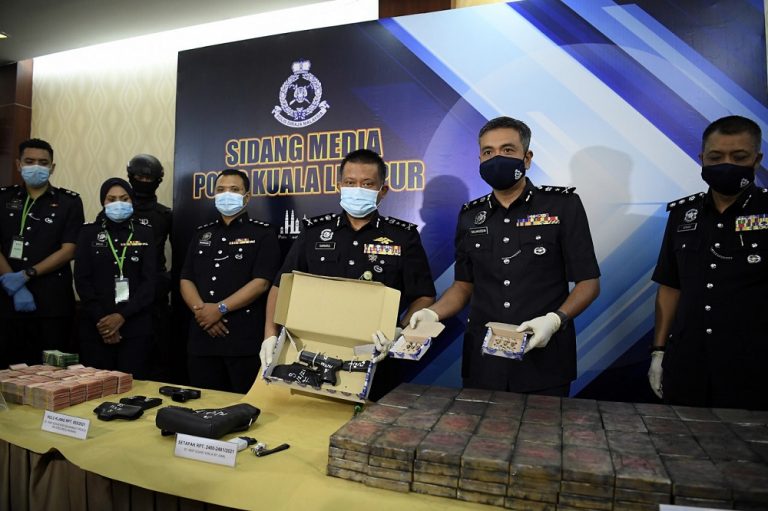 KUALA LUMPUR, Feb 23 — Police have busted a drug syndicate with the arrest of six individuals, including a woman, believed to be the mastermind and the seizure of RM7.8mil worth of heroin base.

Bukit Aman Narcotics Criminal Investigation Department deputy director (Forfeiture of Property/Legal/Detention) Datuk Kamarul Zaman Mamat said all of them, aged between 22 and 48 were detained during raids conducted in Kuala Lumpur and Selangor on Friday.

He said acting on public tip-off and intelligence, police raided several houses and discovered 240 slabs of heroin base.

Kamarul Zaman intial investigations found that the syndicate, which had been active in drug distribution since August last year, had obtained the heroin base from Myanmar.

He said after it is processed, the heroin base which was meant for the local market, could have been used by 3.26 million addicts.

Kamarul Zaman said police believed that the modus operandi of the syndicate was to use essential services’ lorries to get through roadblocks during the movement control order (MCO) period.

“Four of the six suspects detained were tested positive for syabu while three of them had previous criminal records related to drug offences,” he said.

All the suspects have been remanded for five days until tomorrow to assist in the investigation under Section 39B of the Dangerous Drugs Act 1952. — Bernama