HomeSportsConte excited to give Sessegnon his chance at Spurs
Sports

Conte excited to give Sessegnon his chance at Spurs 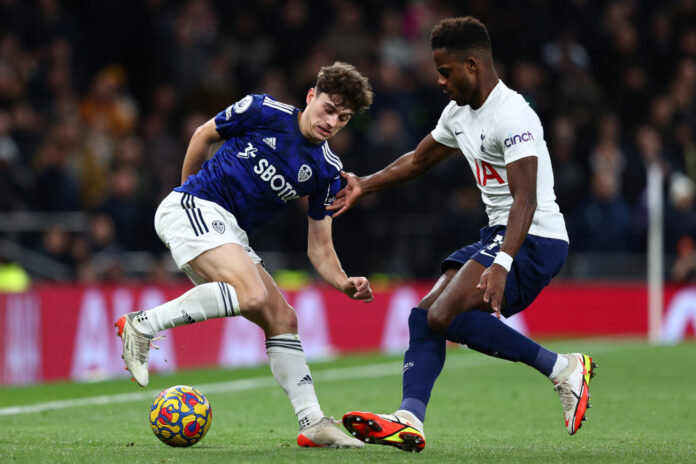 LONDON, Nov 24 — Once tipped for great things, Ryan Sessegnon’s career has stalled since joining Tottenham Hotspur in 2019 but he could become one of the main beneficiaries of Antonio Conte’s appointment as coach.

The 21-year-old made his first Premier League appearance for almost two years last Sunday when he came on as a substitute in the 2-1 victory over Leeds United.

The former Fulham player, who spent last season on loan at Hoffenheim in Germany, will now get his chance to impress from the start in tomorrow’s Europa Conference League match at NS Mura.

“Now he’s ready to start the game. I can’t wait to see his performance because he’s a talented player with space for improvement. He needs to be available for every game,” Conte, who is unbeaten in three games since taking over from Nuno Espirito Santo, told reporters.

Sessegnon’s attacking threat down the left flank as a full back or wing back caught the eye as a teenager at Fulham where he came through the ranks and played a key role in their promotion to the Premier League in 2018.

But he has appeared only seven times in the Premier League for Tottenham with injuries blighting his progress.

“Ryan has great potential,” Conte added. “I’ve seen in the past he suffered a lot of injuries. Now we’re trying to work in the right way with him.

“It’s very important with this player to push the engine at a high level and have a good training session, then you’re trained to do a high-intensity performance in the game.”

Sessegnon, who was even tipped as an outside bet for England’s 2018 World Cup squad, said the appointment of Conte represents an opportunity to finally kickstart his career.

“The formation is perfect for me. Left wing back is where I feel comfortable. It suits me. When I started at Fulham, I was a left back and got pushed further forward. As a wing back it combines the two,” Sessegnon said.

“Conte knows the history I have at the club. He wants me to be positive and express myself.”

While Conte is used to challenging for soccer’s biggest silverware, the Italian is taking Europe’s third-tier club competition seriously and will take a strong squad to Slovenia.

“All the players available will come with us,” he said. “They must be ready to play. I need to rotate because there are players who are a bit tired as they’ve played many games and other players need game time.

“But this competition is important, we want to take this fixture seriously, we want to go through to the next step.”

A victory would put Tottenham within reach of the knockout phase of the competition. — Reuters