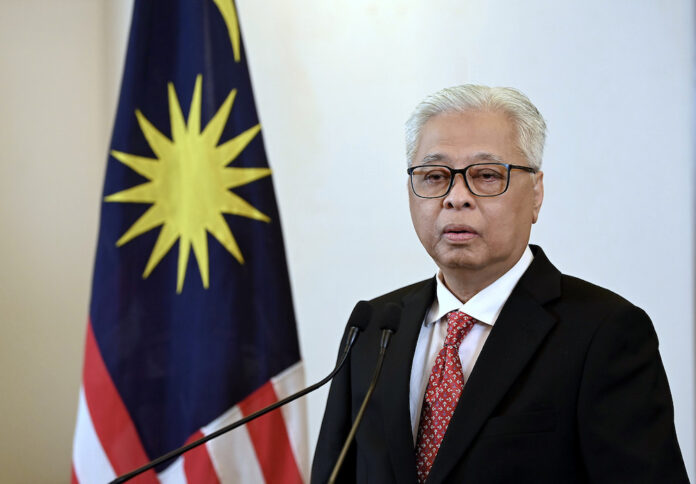 In achieving this milestone, he said the government had allocated RM10 million to the Domestic Trade and Consumer Affairs Ministry (KPDNHEP) to continue with the implementation of the Enhanced Franchise Development Programme (EFDP).

This was for the purpose of training local franchise businesses in the international franchise management and practices, business matching and trade missions, as well as reimbursable of export costs, he said.

“The government remains committed to supporting the growth of the franchise industry through various initiatives under KPDNHEP,” he said when launching the 28th Franchise International Malaysia (FIM) 2021 Virtual Exhibition and Conference today.

The FIM is the sole large-scale franchise exhibition in Malaysia recognised by the World Franchise Council (WFC) and the Asia Pacific Franchise Confederation (APFC).

The event was held in the digital format last year in accordance with the new norms following the Covid-19 pandemic and again this year.

He said in 2019 alone, the franchise industry had provided more than 80,000 jobs with an estimated contribution of RM1.4 billion in wages.

“We are positive that the final sales figure this year would reach RM13 billion, judging from the inherent strength of this industry despite the pandemic,” he said.

Ismail Sabri said the effort under the Micro and Affordable Franchise Development Programme would bear fruit by end of this year, where micro franchisees will begin their businesses. “Since 1994, Franchise Malaysia brands had shown their resilience in facing global economic challenges by providing quality products and services, and as a result, more and more of our franchises had captured the interest of the wider international market,” he said.

He said a total of 391 new Malaysia franchise outlets had been opened globally throughout the implementation of the 11th Malaysia Plan from 2016 and 2020.

“Franchising has grown to be a significant force that propels the internationalisation of businesses and the resultant higher value created from this dealing has profited business communities internationally,” he said.

Ismail Sabri said Malaysia has always adapted to pro-franchise policy and welcomed franchisors globally to do businesses in this country in line with its aim to establish Malaysia as the franchise hub for Asean.

“We believe that a healthy growth of the franchise businesses will help prosper and benefit the nation, entrepreneurs, consumers, bankers, support services, and the whole Malaysian society at large,” he said.

Ismail Sabri said various programmes aimed at young entrepreneurs in gaining fair access to resources have been put in place through grants offered by the government via the Micro and Affordable Franchise Development Programme.

Under the programme, new business owners were being offered matching grants, whereas full grants were for the franchise owners to expand for more business opportunities.

The Prime Minister also invited foreign franchising communities to make Malaysia as their hub in establishing central facilities for the Southeast Asian region, as well as launch their businesses throughout the East Asian countries.

“You will find that Malaysia’s enabling business environment and the pro-business government is an excellent choice for your investments,” he said.

On the FIM 2021, Ismail Sabri hoped that the annual meet could attract 15,000 visitors with about RM200 million worth of potential investments. — Bernama