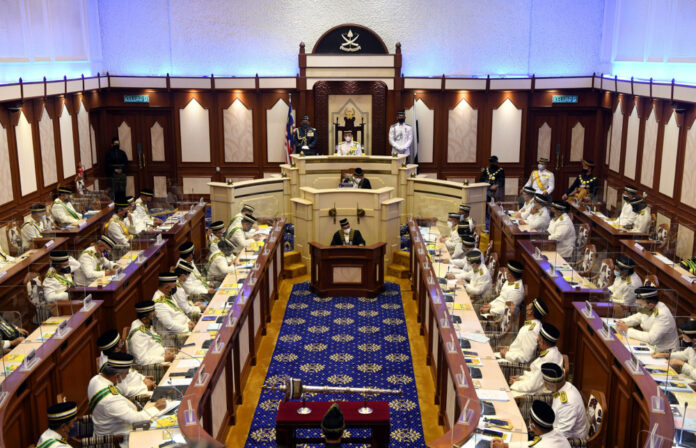 He said the incentive would be credited into the accounts of 8,000 civil servants of all grades in the third week of January.

“This is an appreciation to all civil servants in Pahang and the state government has never forgotten their contributions and commitment in ensuring the implementation of state development and social agenda,” he said while tabling the surplus state budget themed “State Prosperity, Mutual Benefit, People Prosper” at the State Legislative Assembly sitting held at Wisma Sri Pahang here today.

The state budget provides an allocation of RM1.031 billion for operating expenditure, RM323.26 for development expenditure while revenue collection for next year is targeted at RM1.036 billion.

Wan Rosdy said as of December 6, Pahang collected RM812.41 million in revenue, exceeding the RM800.80 million target, dismissing allegations that the state is in a weak financial position.

According to Wan Rosdy, after being severely affected by the Covid-19 pandemic, the state’s economy is projected to be revived in stages through tourism, agriculture, farming, mining and industrial activities.

“The state government is looking at uses of utilities that can provide extra revenue such as the implementation of the Ulu Jelai hydroelectric project, line and tower fees involving Tenaga Nasional Berhad (TNB) as well as communication infrastructures,” he said.

In addition, he said unfavourable old enactments and agreements would be reviewed such as the Taman Negara (Pahang) Enactment 1939 that charges only RM1 entrance fee to Taman Negara.

“Sustainability tax will be imposed on hotel guests in Pahang at RM3 per night as the state’s new revenue where the state government is expected to receive RM21 million next year,” he said.

A total of RM34.48 million is allotted to manage forest resources with priority given to rehabilitating and protecting forest biology, water and soil and RM1.05 million to build Pahang Forestry Department war room to conduct real-time satellite monitoring.

“The state government is also committed to making 1.6 million of the state forest as a Permanent Forest Reserve, which is 57 per cent of the total existing forest area and hopes that the Federal government will compensate the initiative,” he said.

He said the Pahang Pride Kid programme would be implemented with a total allocation of RM5 million for babies born in 2022 who would receive RM200 with RM100 in bank savings while the rest in the form of baby items.

“The state government has introduced Pahang national student card (Pahang Pride Student) to all B40 household heads who have schooling children to enjoy a 20 per cent discount on school items apart from RM100 credited to each B40 student,” he said, adding that the initiative was expected to benefit 48,711 students.

Wan Rosdy said the Cakna Suri free health screening which previously involved mammograms to detect breast cancer, would be extended to cervical cancer screening to benefit 6,000 women from the B40 category.

He also said a total of RM2.7 million was allocated to develop information technology as well as to implement Pahang Digital Plan 2021-2025, adding that the 5G network pilot project would be initiated in Kuantan, Indera Mahkota and KotaSAS.

The state government would also continue the Pahang Prihatin Aid with an allocation of RM30 million while RM40 million would be channelled to strengthen efforts towards preparing the state in facing the Covid-19 endemic phase, he added.

Wan Rosdy said in efforts to empower the Orang Asli, the state government had set up the Orang Asli Corporation (Oraco) with an RM1 million grant to identify land that could be developed to support their economy, among others.