HomeSportsChelsea players fear the curse of the No. 9 shirt, says Tuchel
Sports

Chelsea players fear the curse of the No. 9 shirt, says Tuchel 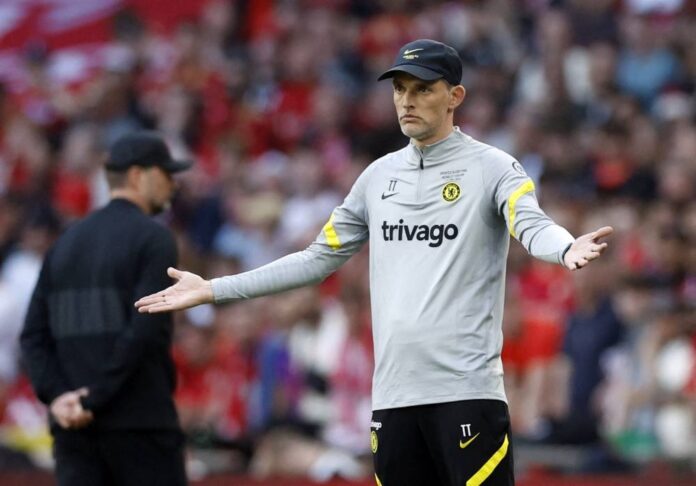 Tuchel expressed concerns yesterday that players could be affected in the months before and after the mid-season World Cup in Qatar, saying the emotions and demands of football’s showpiece tournament could leave them drained. — Reuters pic

LONDON, Aug 6 – Chelsea manager Thomas Tuchel said the No. 9 shirt had not been left available ahead of a potential signing, but because it was thought to be cursed after several players who wore it did not leave a mark at the London club, he said yesterday.

Lukaku was the last to wear the shirt after returning to Chelsea for a club-record fee of ?97.5 million (RM524.5 million) but after one lacklustre season he rejoined Serie A side Inter Milan, with whom he won the 2020-2021 scudetto.

Several forwards who wore the No. 9 shirt – including Hernan Crespo, Fernando Torres, Radamel Falcao, Gonzalo Higuain and Alvaro Morata – failed to leave a mark at Chelsea despite their stellar track record.

“People tell me it’s cursed… It’s not the case that we leave it open for tactical reasons,” Tuchel told reporters.

“So we now we have a moment where nobody wants to touch the number nine. I’m also superstitious, I can understand why players maybe don’t touch it and have other preferences.”

Barcelona striker Pierre-Emerick Aubameyang has been linked with a move to Chelsea and the No. 9 shirt in the close season although Tuchel remained vague about another signing before the end of the transfer window.

“Maybe we bring one more player, maybe not… We have options but at the same time, we know how many games are coming. So let’s see if we can still maybe sign a player,” he added.

Tuchel expressed concerns yesterday that players could be affected in the months before and after the mid-season World Cup in Qatar, saying the emotions and demands of football’s showpiece tournament could leave them drained.