BWF World Tour Finals: Axelsen advances to the next stage 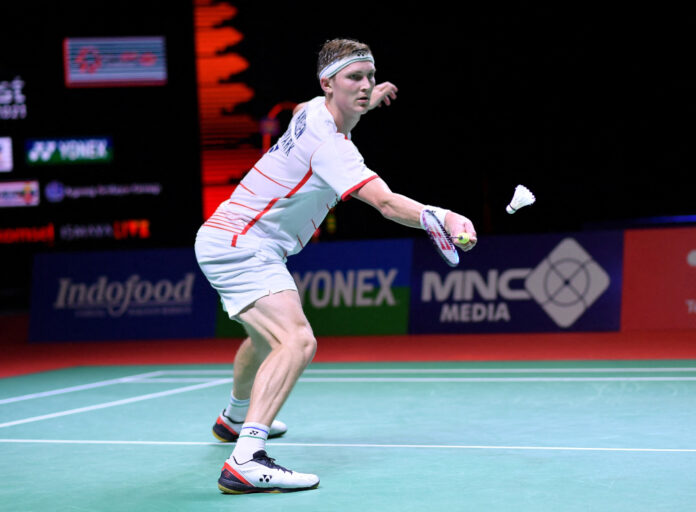 DENPASAR, Dec 2 — World number one Viktor Axelsen advanced to the next stage after defeating India’s Lakshya Sen today as more players dropped out thanks to injuries.

The reigning Olympic champion outplayed the unseeded Sen 21-15, 21-14 in the season-ending tournament held on the holiday island of Bali.

Axelsen, who bagged the men’s singles title in the Indonesia Open on Sunday, was crowned the world’s number one yesterday after a walkover victory over compatriot Rasmus Gemke who withdrew from the match due to an injury.

In women’s singles, badminton ace P.V. Sindhu sailed into the knockout stage after winning against German Yvonne Li 21-10, 21-13 in 31 minutes.

Shetty said “a minor, but persistent niggle in the knee” had forced him to pull out on the second day of the group match.

“It wasn’t the easiest of decisions to pull out of the competition, but it was necessary,” the 24-year-old posted on Instagram.

World number one Sanjaya and Gideon are now in pole position to advance to the semifinals.

In an Instagram story posted on her account, 22-year-old Yeo wrote: “Retired because I did not want to make it worse before World Championships. I’m sorry to the fans.”

And former World’s number one Kento Momota of Japan also dropped out of the tournament yesterday due to a back injury.

The World Tour Finals, which returned to Asia after nearly a year, is the season-ending of three consecutive tournaments taking place without fans in Covid-secure bubbles. — AFP