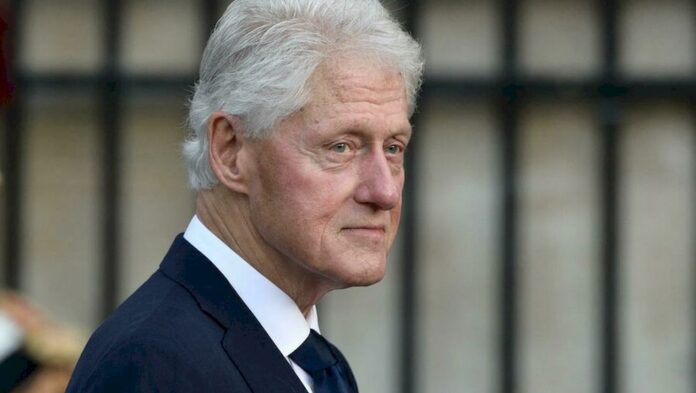 Bill Clinton, recovering from an non-Covid infection, is expected to be discharged from hospital on Sunday, according to his aide. — AFP file pic

WASHINGTON, Oct 17 — Former US President Bill Clinton will spend another night at a hospital in California being treated for an infection, his spokesman said yesterday.

Clinton, 75, who led the United States from 1993 to 2001, was admitted Tuesday evening to the UCI Medical Center in Irvine, south of Los Angeles, with a non-Covid-related blood infection.

Spokesman Angel Urena said on Twitter that Clinton will remain at the hospital overnight “to continue to receive IV antibiotics before an expected discharge tomorrow.”

Clinton is “in great spirits and has been spending time with family, catching up with friends, and watching college football,” Urena tweeted.

The New York Times, quoting an aide, reported the former president developed a urinary tract infection that turned into sepsis.

Sepsis is an extreme bodily reaction to infection that affects 1.7 million people in America every year, according to the Centers for Disease Control and Prevention.

The infection was the latest health scare for America’s 42nd president. In 2004, at age 58, he underwent a quadruple bypass operation after doctors found signs of extensive heart disease.

Six years later he had stents implanted in his coronary artery. — AFP