HomeNationalAnwar: You don't go to war saying the general is retiring next...
National

Anwar: You don’t go to war saying the general is retiring next year 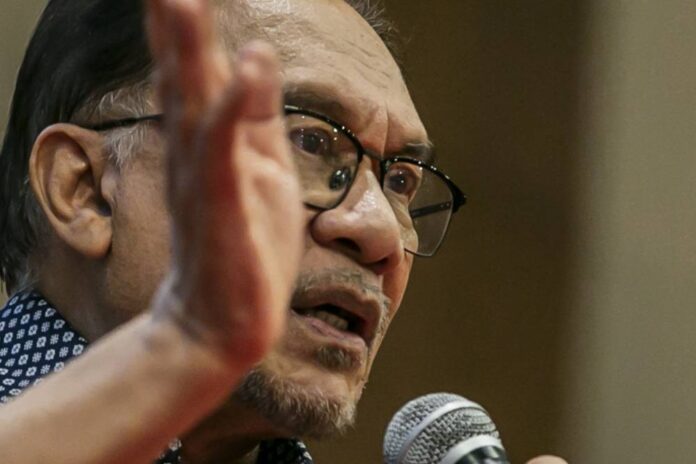 Opposition Leader Datuk Seri Anwar Ibrahim speaks to members of the Kuala Lumpur and Selangor Journalists Club during a forum at the Hilton Petaling Jaya September 28, 2022. — Picture by Hari Anggara

KUALA LUMPUR, Sept 29 — Opposition Leader Datuk Seri Anwar Ibrahim said that with PKR and Pakatan Harapan (PH) entering a transition phase, it remains an open-ended question whether he would still be the coalition’s candidate for prime minister at the next general election.

Speaking to members of the Kuala Lumpur and Selangor Journalists Club (KLS) in a forum last night, Anwar said that both PKR and PH leadership were “regenerational”, but the main goal at present was to strategise and win the election, instead of discussing his prospects for the government’s top job.

“Right now, I have been given the mandate to lead, alright. But you see, unlike the other parties, PKR had made it very clear, and personally, me too, that the entire leadership is regenerational.

“The entire leadership is second generation and I think this transition is very important. I have said that this is the beginning of a transition.

On July 16, Anwar told PKR delegates to choose a new leader if they were unhappy about his repeated failed attempts at becoming Malaysia’s prime minister.

The PKR president said he could have assumed the role long ago, if he had been willing to conform and cut a deal with those that he alleged to be corrupt.

Anwar claimed to have received statutory declarations (SDs) of support from Umno lawmakers on the condition that he saw that criminal and corruption charges were dropped against party leaders Datuk Seri Najib Razak and Datuk Seri Ahmad Zahid Hamidi last year.

He added this had coincided with a time when the government that ousted the elected PH administration faced a confidence crisis, but that he had refused to kow-tow to their demands.

“People kept saying that I failed and failed. If you want me to succeed by sucking up to those who are corrupt, find a new president,” he told the over 2,600 PKR delegates on the second day of the party’s three-day national congress.

When asked about ruling parties Umno and Parti Pribumi Bersatu Malaysia (Bersatu) naming their candidates for prime minister in the event they win the 15th general election (GE15), Loke said those who want to name their prime ministerial candidate have the right to do so.