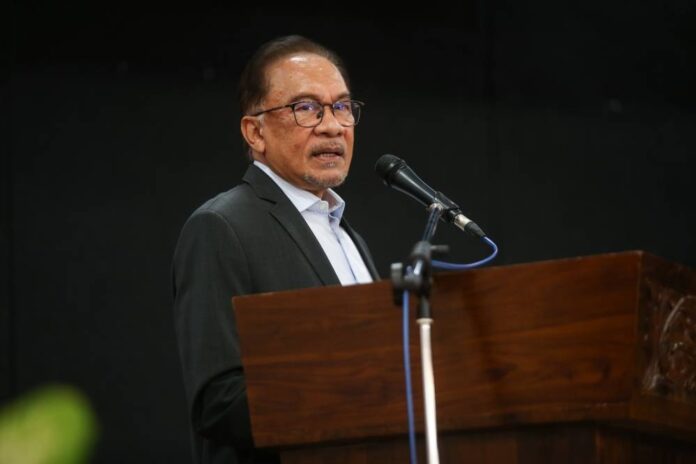 Anwar said the government should focus on the country’s economic recovery and prepare for the year-end monsoon season before holding the 15th general election. Picture by Ahmad Zamzahuri

He said it was possible given the “irrational” nature of politics, Singapore daily The Straits Times reported last night.

“An election in November? There is a slight possibility. But rationally speaking, (the election) should not be held this year. But not all leaders are rational animals,” he was quoted saying at the Foreign Correspondents’ Club of Thailand in Bangkok.

The Port Dickson MP has previously said that the government should focus on economic recovery and preparing for the year-end monsoon season which inevitably results in widespread floods across the country before holding the 15th general election.

The 14th Parliament’s term expires in July next year and a general election must be called in 60 days.

The Pakatan Harapan (PH) coalition has been working to shore up support for the electoral battle and is mulling teaming up with other parties like newcomer Malaysian United Democratic Alliance and Parti Sosialis Malaysia.

Anwar was also asked if his party PKR would be open to working with any faction that splits away from Umno.

He was reported saying that it would depend on whether they “subscribe to the old obsolete racial policies of Umno”.

“We have to discuss the parameters and principles, I don’t think I will go for a coalition just for political expediency,” Anwar who is also PH chairman was quoted saying.

He added that those keen to join with PH must be committed to democratic reforms and stamping out corruption.

Ismail Sabri had hinted that the country is “very close” to an election, but declined to elaborate on when.

The year end monsoon season, usually between December to February, has previously wrecked havoc on several Malaysian states, displacing tens of thousands of people, and the meteorological department has warned that this year is expected to be the same.

Several other leaders, including those from the ruling party, have also expressed concern on having elections during the floods.