Anonymous bust turns out to be long-lost Napoleon 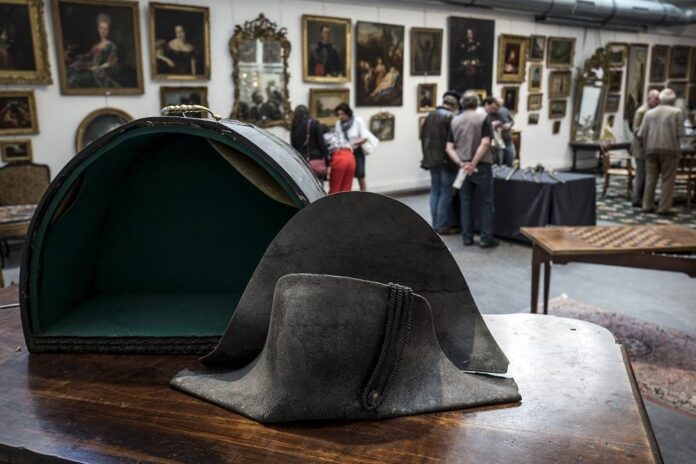 This picture taken on June 14, 2018 in Lyon, southern France, shows the hat allegedly attributed to Emperor Napoleon I. — AFP pic

PARIS, July 2 — An anonymous marble bust picked up in a Paris art market has turned out to be a 200-year-old sculpture of a young Napoleon Bonaparte, Sotheby’s said Friday.

“It was discarded as an embarrassment after the fall of the empire, deemed valueless and eventually lost without trace for two centuries,” Christopher Mason, a Sotheby’s specialist said in a statement.

The bust was carved by Italian sculptor Giuseppe Franchi in 1797, commissioned by a 28-year-old Napoleon in Milan after a series of stunning military victories.

An unnamed collector came across the sculpture at an art market in 2020, where it was described simply as an “anonymous man in the 19th century style”.

Olivier Ihl, a researcher at Sciences Po Grenoble Institute, used archival documents and comparisons with other works by Franchi to confirm it had rather more illustrious origins.

A letter even allowed him to pinpoint when it was commissioned: a dinner held by Napoleon at the Palazzo Serbelloni in Milan shortly after his victory over the Republic of Venice.

Ihl found evidence that the sculpture was displayed at the Society of Arts in Geneva as part of efforts to bolster Napoleon’s image ahead of the region’s annexation, and that the emperor saw it himself later that year.

After his ignominious fall, the sculpture crashed in price, Sotheby’s said, eventually being flogged for a pittance to an unknown Englishman. — AFP