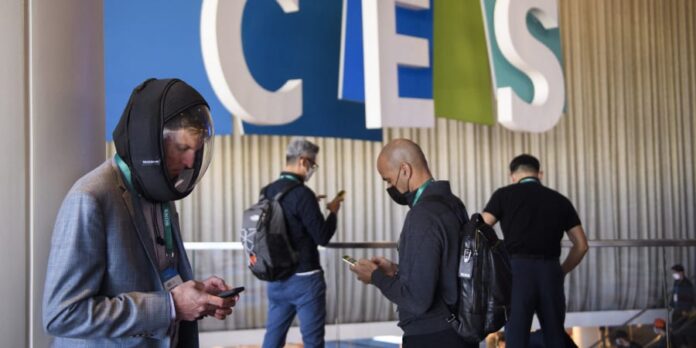 LAS VEGAS, Jan 8 — The CES tech show has its share of gadgets that may be cluttering a shelf soon, but among them are also objects and ideas aimed at fighting waste.

They range from big concepts like electric vehicles and clean energy, to smaller tweaks like cutting down on plastic or recycling just a bit better.

Here are some highlights from the convention:

Shocking images of plastic trash have gotten a lot of attention in recent years, as humanity’s love affair with disposable items has pushed ever forward.

Ukrainian company Effa makes toothbrushes and razors that, while still containing some recyclable metal or plastic, are mostly made of paper.

The brush and razor head are plastic, but they can be snapped off and recycled, while arms can be composted.

From renewables to biomass and hydrogen, many options already exist. Another is coming in the form of ammonia.

“We are developing a technology that coverts ammonia… into a renewable fuel for use particularly in the heavy duty ground, maritime and transportation sectors,” said Allison Agre, a spokeswoman for US-based startup Amogy.

Basically ammonia is fed into their technology, which separates out its hydrogen molecules for use in a fuel cell that works similar to a battery.

“It’s easy to transport, it’s easy to store. There’s already a built-in infrastructure for it,” Agre added, noting the technology is currently in the prototype phase.

They are working on a machine that cleans and holds waste items for recycling, and looks like a household appliance.

“Every year, millions of tons of plastic, glass and other useful materials are sent to landfill or dumped into rivers and oceans,” their webpage says.

“Co-founders Aldous Hicks and Alison Richardson thought there was a better way, and they designed the Lasso system,” it adds. — ETX Studio