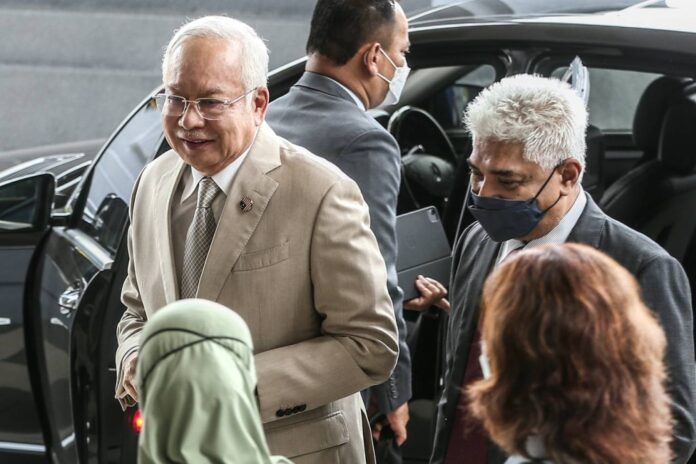 KUALA LUMPUR, May 21 — DAP’s Iskandar Puteri MP Lim Kit Siang, who is now under police investigation over a tweet, said today he had expected his statement to be manipulated by “political desperados and opportunists” but not Datuk Seri Najib Razak.

He said his statement has been twisted and distorted, and was surprised to see the disgraced former prime minister leading the attempt.

“I had expected political desperados and opportunists, through their propagandists and cybertroopers, to twist and distort the meaning and purpose of my statement as one of incitement, but I had not expected a former prime minister to head the charge,” he said in a statement.

Yesterday, police said they have begun investigating a tweet questioning if Malaysians would also resort to burning the homes of their prime minister and other Cabinet ministers like the Sri Lankans did due to dissatisfaction with their government.

Bukit Aman Criminal Investigation Department (CID) director Datuk Seri Abd Jalil Hassan said that the investigation was started as the content of the tweet can allegedly potentially disrupt harmony in the country.

Although Lim’s name was not mentioned, it is believed the investigation involves the DAP MP.

Lim’s tweet had been screenshot and shared by Najib on his Facebook page, who called on the police to investigate the Iskandar Puteri MP.

“I have already explained that I had no intention to incite any unrest in Malaysia, but to warn of the dangers of allowing the political and socio-economic conditions in Malaysia to deteriorate as happened in Sri Lanka for over half a century as to become a failed state,” Lim explained today.

Elaborating further on his remarks, Lim said Malaysia had lost out to South Korea, Singapore, Indonesia and China for the last half a century from 1970 to 2020, whether in terms of gross domestic product (GDP) growth or per capita GDP growth.

However, he said Sri Lanka had done worse than Malaysia during the same period.

“There is an attempt in the social media to describe the tenure of the sixth prime minister from 2009 to 2018 as ‘a golden era of development and progress’, but during these nine years, Sri Lanka grew faster than Malaysia, both in GDP and GDP per capita terms.

“In fact, during these nine years, Malaysia was the slowest economy in Asean, whether in GDP and GDP per capita terms, losing out to Indonesia, Philippines, Thailand, Singapore, Vietnam, Cambodia and Laos. The travails of the Philippines and Sri Lanka should be followed closely by the people of Malaysia if we are to learn from the lessons of the Philippines or Sri Lanka to become a world-class great nation by Malaysia’s Centennial whether in 2057 or 2063,” he said.