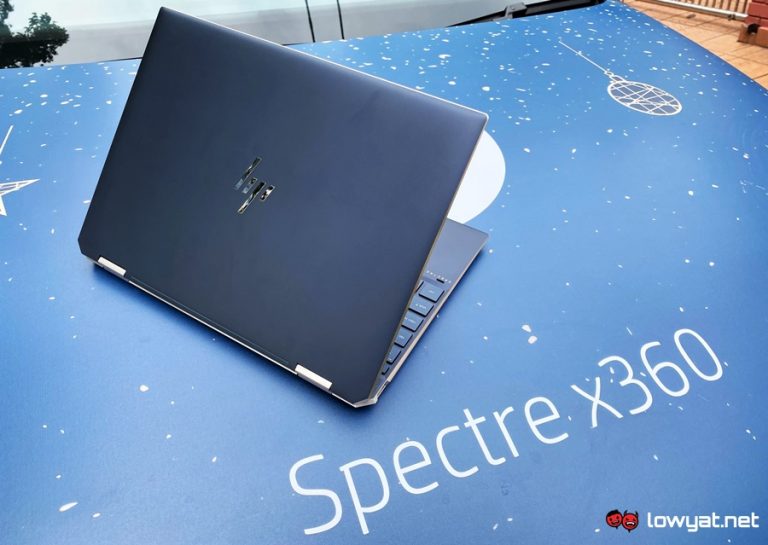 We might be at the tail end of 2020 but it seems like HP still have new products to launch in our market. After the recent launch of the 2020 Z by HP workstation as well as 2020 Omen 15 and Pavilion Gaming 15 laptops, HP Malaysia has also just unleashed the all-new HP Spectre x360 14.

By all-new, HP really means that it is an absolutely new model as the Spectre x360 14 is the first offering within the family to come with 3:2 aspect ratio. In Malaysia, the new convertible which has a 13.5-inch touch display comes standard with a Full HD IPS panel, Corning Gorilla Glass NBT, and HP Sure View Reflect integrated privacy screen feature which could stop other people from prying on your work.

Powered by the equally new 11th Gen Intel Core processors, the new convertible is available in two processor options for Malaysia that also correspond directly to the amount of RAM that customers would receive. Specifically, the version with Intel Core i5-1135G7 comes with 8GB RAM while the other variant is equipped with Intel Core i7-1165G7 and 16GB RAM.

Regardless of the variant that customer chooses, the Spectre x360 14 features 1GB PCIe NVMe solid state drive as a standard. In addition to the, it is also being accompanied by HP Rechargeable MPP2.0 Tilt Pen inside the box which can be magnetically mounted on the left side of the new convertible.

As per many of HP computing products out there, the Spectre x360 14 is also equipped with audio speakers that have been tuned by the brand’s long-time audio partner, Bang & Olufsen. Even though Spectre x360 14 has a battery life rating of up to 17 hours, the HP Fast Charge feature allows it to be recharged from 0% to 50% in 45 minutes.

Alongside the all-new 14-model, HP has also brought over the 2020 iteration of Spectre x360 13 to Malaysia. As you might have expected, the device which features a smaller 13.3-inch Full HD OLED touch display by default in Malaysia has been refreshed with up to 11th Gen Intel Core i7 processor.

In conjunction with the launch of the two 2020 Spectre x360 models in Malaysia, HP is now offering several freebies to go with them exclusively through Lazada. Aside from having their new convertibles pre-installed with the full version of Microsoft Office Home & Student 2019, customers will also receive a leather sleeve and RM 200 voucher for AEON.

Not only that, they can also have personalized engraving on their new 2020 Spectre x360 14 or 13. To know more, check out the full details of the promo which is valid until 10 January 2021 over at Lazada Malaysia.