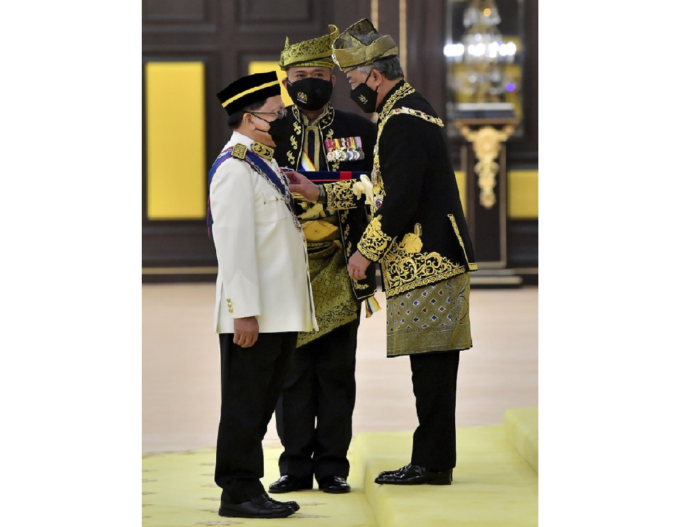 The two prominent figures led the list of 44 recipients of the federal awards, honours and medals in conjunction with the King’s birthday, at the first investiture ceremony at Istana Negara here.

Malanjum, 69, is the recipient of the SSM award for 2020, while Raja Muhammad Alias is among the total 1,207 individuals conferred with the federal awards and medals this year.

Meanwhile, Raja Muhammad Alias, 89, was Felda Group chairman from 1966 until 2001 and became Yayasan Felda chairman in 1998.