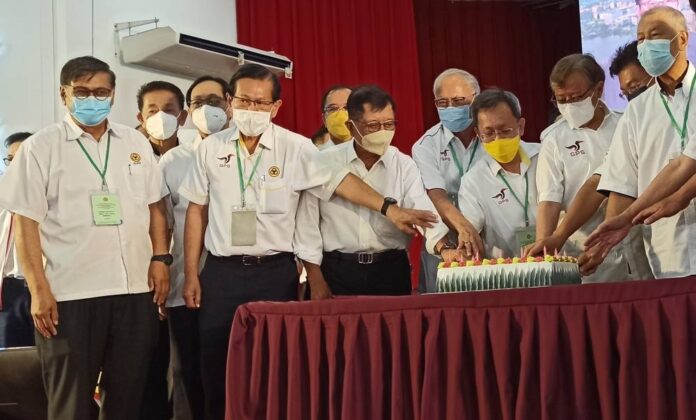 KUCHING, May 21 — Gabungan Parti Sarawak (GPS) would win all the 31 parliamentary seats in the state during the 15th general election if its four components “work and unite together”, chairman Tan Sri Abang Johari Openg said today.

He said it also depended on there being no sabotage by GPS disgruntled supporters on the ground.

“Once the leadership has decided on who will be the candidates in the coming 15th general election, then we will go all out to support. Don’t sabotage,” he said when declaring open the Sarawak United People’s Party (SUPP) 25th triennial delegates conference at the party headquarters here.

He said backing the GPS candidates fully was a sign of loyalty and required putting personal interest aside.

“The party and people’s interests must come first. I have gone through that process. I gave priority to the people’s interest first than our personal interest, especially on the eve of the election,” the Sarawak premier said.

He said he did not want to see the people’s interest to be jeopardised by personal agendas.

He said GPS supporters who are unhappy with the selection of candidates should discuss this with the leaders.

Abang Johari said he believed that GPS would have won all the 82 seats in the 12th state election last year if there had not been sabotage by disgruntled GPS supporters in the six seats won by the Opposition parties.

“So, we have to act in unison, especially in a time of war,” he said, believing that SUPP will win all the parliamentary seats it will contest in the coming general election.

Abang Johari said he did not care much when the general election will be held, but stressed that GPS would be ready any time if one were to be called this year.

“So, I hope for all of us in GPS, to be in one direction, one mind to face this election. Only then will we have a strong voice. We have achieved a lot of things in our negotiation with the federal government over taking back our state’s rights,” he said.

He said the state government will not bring to court to challenge the constitutionality of the Petroleum Development Act, Continental Shelf and Territorial Sea Act that relates to the state’s boundaries, as suggested by Ba’Kelalan assemblyman Baru Bian in the state assembly yesterday.

“Why should we? The onus is for them to disapprove over our right on our boundaries,” he said.

“I am not a lawyer. It is our right. If they think that we have no right, they can bring us to court. We don’t care. The locus standi can be with them to dispute what we have claimed based on the 1954 Order in Council on the alteration of boundaries,” he added.

“We are just fighting what is provided for in the Federal Constitution, MA63 and IGC (Inter-Governmental Committee) Report. That is all. Nothing less, nothing more,” he said.