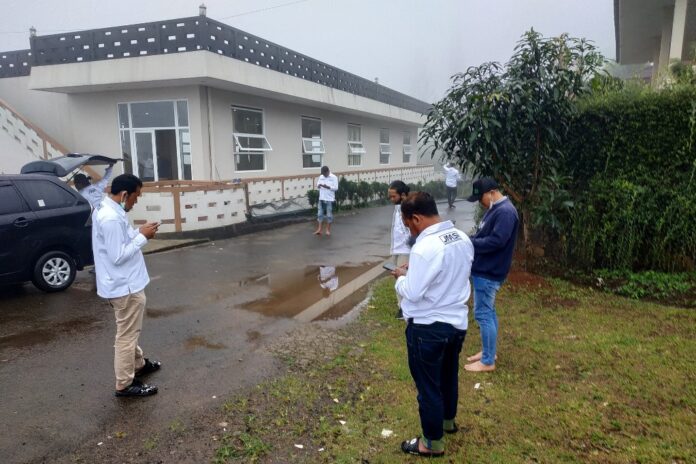 People check their phones as they gather outside in Cisarua, Bogor on January 14, 2022, shortly after a 6.6-magnitude earthquake struck off Indonesia’s Java island. – AFP photo

No tsunami warning was issued and there were no immediate reports of casualties or damage, but the tremor was felt in the capital and shook buildings, according to AFP journalists.

Some Jakarta residents were evacuated from buildings and hundreds were waiting outdoors after the quake, an AFP reporter there said.

Nur Latifa, a 25-year-old resident, described how people in the Kalibata City apartment complex — in the south of the capital — fled their homes as the quake hit.

“I was working from home and noticed my laptop was moving… then the door started to rattle and hanging objects started to make a noise,” Latifa told AFP.

“I fetched my roommate who was in the bathroom and we fled the apartment. Outside people were rushing towards the emergency stairs.”

Indonesia experiences frequent quakes due to its position on the Pacific “Ring of Fire”, an arc of intense seismic activity where tectonic plates collide, which stretches from Japan through Southeast Asia and across the Pacific basin. – AFP